The 1975 – I Like It When You Sleep, For You Are So Beautiful Yet So Unaware Of It 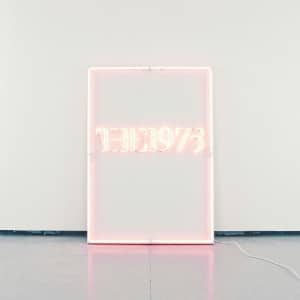 Despite their obvious mainstream appeal, The 1975 have been divisive since they burst onto the scene with their already extensive collection of radio-ready pop singles in 2012. This was demonstrated most recently by the bafflingly awkward spat between Matt Healy and Jon McClure from Reverend & The Makers, starting after the latter said that The 1975’s frontman “does his cake in”, before going on to compare the band to Boyzone.

Although it’s easy to attribute McClure’s comments to sour grapes – The Reverend’s dislike of Radio 1 and playlist committees is well known – his later Tweet that “mass popularity and quality are often mutually exclusive” can regularly be applied to many of the artists that populate the charts. Yet, while The 1975’s self-titled début was clearly shooting for mainstream success, it was far from your typical pop record.

The four-piece’s scattergun approach saw them combine multiple genres, as well as demonstrating their obvious talent for writing huge pop hooks on tracks such as The City, Chocolate and Sex. Not everyone was convinced, though. As a result, The 1975’s return is punctuated by a desire to push the boundaries of their sound, demonstrated by the funky lead single Love Me.

The band’s ambition to move forward even pervades their new album’s stupidly long title, I Like It When You Sleep, For You Are So Beautiful Yet So Unaware Of It. It might be the sort of gimmick that can make The 1975 irritating, but once you get beyond it there is plenty to admire here. In fact, if Love Me seemed like a curveball – even with its bold chorus (“And love me yeah/ If that’s what you wanna do”) – it’s nothing compared to the rest of the record.

Certainly no rehash of their debut, where every song sounded like it was being prepared specifically for radio airplay, I Like It… veers wildly from expansive synth ballads to jittery pop tunes and even surprising moments of gospel. The short self-titled opener sets the bizarre foundations for what’s to come, Healy’s vocal backed to powerful effect by an atmospheric choir, before disjointedly jumping straight into Love Me.

From there onwards, The 1975 prove that comparisons with Boyzone are way off the mark. Change Of Heart is the most striking early example of the band’s willingness to broaden their horizons, its meandering 80s synths providing the basis for Healy to sing about his state of mind, while the introspective lyrics go even further on the soulful If I Believe (“If I’m lost then how can I find myself”), which is sprinkled with gospel touches.

Any suggestions that this is a record purely aimed at mass appeal are further rebuked by the melancholic instrumental Please Be Naked, before The Ballad Of Me And My Brain delves deeper into Healy’s mental state as the frontman starts to really let off steam. Then there’s Somebody Else, which continues the surprisingly downbeat tempo with a throbbing synth line that wouldn’t sound out of place on the Drive soundtrack.

However, fans fearing that The 1975 they knew and loved have gone can rest assured that there are still some upbeat pop hooks to dance along to. She’s American and UGH! are the band at their restless best, complete with funky compositions to rival Love Me, while it’s not hard to see why The Sound was selected as the second single from the record thanks to its irresistible chorus (“Well I know when you’re around/cause I know the sound”).

But the upbeat pop of The 1975’s début remains far less frequent on their return than many would have predicted. This would not be an issue if I Like It… was tighter, but at almost 75 minutes long, it does begin to seriously drag towards its baggy conclusion. Tracks such as the title song and She Lays Down are redundant, bringing down what is otherwise a brave and eclectic comeback from The 1975, one that is sure to divide opinion once again.