About Group – Between The Walls 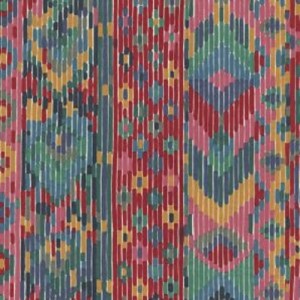 Over the past few years, Hot Chip’s members have amassed an impressive array of side projects: there have been two solo albums by co-lead vocalist Alexis Taylor; his singing partner Joe Goddard is one of The 2 Bears, while guitarist Al Doyle and keyboardist Felix Martin created a fully-fledged band in the form of New Build. Between The Walls, the third album by About Group, is the latest of these extra-curricular activities, as Alexis Taylor teams up with This Heat drummer Charles Hayward, Spiritualized’s John Coxon and Derek Bailey cohort Pat Thomas to produce an album of improvisational jazz-rock.

Side projects are always liable to be dismissed as peripheral exercises in titting about. Given the sheer wealth of extra-curricular Hot Chip activity, Between The Walls is especially at risk in that respect. But, if anything, the diminished expectations that surround the album serves it well, both as a listening experience and in terms of its composition. Between The Walls is the sound of four talented musicians setting their egos aside in the hope of finding moments of musical serendipity.

Following a squalling introductory track (After Video), a cover of Walk On By sets Between The Walls in motion. About Group replace the piano-led arrangement of Bacharach & David’s song with organ vamps, pummelling drums and a Krautrock-style outro. Given that original version is one of the most perfect pop songs ever written, this might seem like an act of musical sacrilege. But it’s actually a clever bit of musical revision, recalling the sprawling transformations of Bacharach songs performed by Isaac Hayes in his prime.

For the remainder of Between The Walls, the experimental and conventional sides of About Group’s music are largely kept apart. Taylor possesses one of contemporary music’s sweetest and most distinctive voices, and it’s a pleasure to hear it on All Is Not Lost, Nightlife/Sinking and I Never Lock The Door – the slow, soulful numbers that constitute Between The Walls’ backbone. The band’s exploratory approach constantly throws up unexpected touches: All Is Not Lost features the same big, bulbous keyboard sounds one hears on Herbie Hancock’s Chameleon, while Words could pass for a Hot Chip slow jam were it not for its fretless bass and atonal guitar.

In between the fully-formed songs are comparatively brief instrumentals. Some of these – in particular the steadfastly tuneless Yes – sound exactly what people who hate ‘jamming’ think jamming sounds like. And yet these difficult, thorny passages feel integral to the album – the musical equivalent of a mathematician showing his workings in advance of solving a tricky equation. For those prepared to take the rough with the smooth, there are many moments of exquisite beauty to enjoy on this record.

About Group MP3s or CDs

About Group on Spotify