About Group – Start And Complete 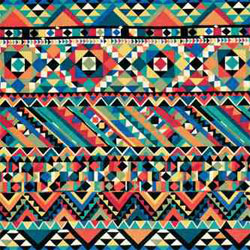 Collaborative projects have become increasingly commonplace in recent years with more artists willing to embrace experimental working practices, whilst pushing themselves in unfamiliar, unexplored musical directions. Already this year we have witnessed the coming together of electronica artist Jon Hopkins with Scottish singer songwriter Kenny Anderson (King Creosote) to wonderful effect on Diamond Mine. 7fingers, the collaboration between pianist Nils Frahm and cellist Anne Müller, provides further evidence of a fertile musical landscape.

About Group are one of the more interesting of these modern musical cross-pollinations, an eclectic gathering of Alexis Taylor from Hot Chip, Charles Hayward from This Heat, John Coxon (who has appeared on records by Spiritualized and Spring Heel Jack) and Pat Thomas (who has previously worked with Derek Bailey amongst others).

The album title reveals much about how it was created, the respective musicians convening in London at Abbey Road Studios to record the album in one day, arriving with only a limited prior knowledge of the material and a loose idea of the direction in which they wished to head. The album that followed is a testament to this deliberate attempt to produce circumstances that would encourage spontaneity and stimulate creativity.

Modestly paced, minimalist instrumentation dominates much of the album and there is a tangible sense of each track being afforded sufficient space to breathe. This gives rise to bare, open arrangements with subtle electronic detailing hidden within the shadows. Quite often the music is tinged with a slightly melancholy feel and certainly inhabits a place far away from the positivity of the iridescent, dancefloor-friendly electro of Hot Chip. If anything, it comes in closer to the work John Coxon did with Spiritualized, heavy on emotion, longing and catharsis.

The album is bookended by two short bittersweet pieces, Married To The Sea (A) & (B), succinct little tracks that introduce one of the main lyrical themes of the album, the ups and downs of human relationships. Don’t Worry, Repair Man and Lay Me Down all possess more of an overt rock aesthetic, with lyrics that strive to communicate personal, sincere messages. Warm backdrops of organ and guitar enrich the vocal melodies of each track. A Sinking Song is the emotional heartbeat of the album, a personal reflection on a relationship that has overcome previous difficulty to blossom. It is a brittle, quietly powerful song, which sees Alexis Taylor give one of the performances of his career to date. Wurlitzer organ and hushed, rolling percussion form a sympathetic backdrop to Taylor’s sensitive vocals. The subsequent track Nothing But Words could almost be viewed as some sort of musical sibling, being similarly vulnerable and affecting.

Parts of the album share certain textures with late period Talk Talk, capturing a lot of the sentiments present on those seminal albums. Indeed, Alexis Taylor’s singing frequently comes close to emulating the tremulous, wavering vocals of Mark Hollis, particularly on Rough And Smooth. They also include a cover of composer Terry Riley‘s version of You’re No Good by soul/jazz bandleader Harvey Averne. It sees the band flex its collective muscles, laying down an extended, improvised kosmische-soul workout over the 10 minutes. Yet despite a strong opening, the track seems to lose focus and drift away, and eventually begins to feel slightly overlong.

However, this is a rare moment of weakness. On the whole Start And Complete is a singular and fearless album that conveys significant emotion, rewards repeat listens, and shows what can be achieved when a band’s approach to music is defined by bravery and vision.

About Group MP3s or CDs

About Group on Spotify