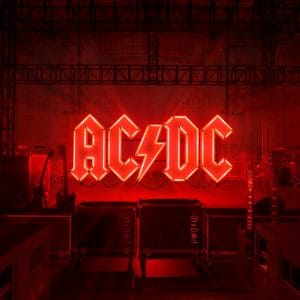 If it ain’t broke… 16 albums into a career – more if you start talking Australian-only releases – where they all sound mostly the same is a remarkable achievement. Yet Power Up, the latest effort from ageing rockers AC/DC, is considerably better than many of its predecessors, with consistency being the key. How that can be possible is anyone’s guess, considering most songs were, just like on 2014’s Rock Or Bust, dug up from old ideas. These were songs that guitarist Angus Young – who at 65 years of age is pushing his luck with his continuous school uniform look – had worked on with his late brother, rhythm guitarist Malcolm Young, who passed away in 2017.

Thing is, it pretty much is broken, or at least it was just a few years back. When Rock Or Bust was toured, Malcolm had already retired due to his dementia battle. The same tour put paid to bassist Cliff Williams’ career too, having finished shows with overwhelming vertigo problems. Drummer Phil Rudd didn’t even make the tour as he was under house arrest with several charges hanging over him after a fateful spell in his life where everything seemed to take a turn for the worse. Another absentee was singer Brian Johnson who was suffering from hearing complications, finding himself facing complete deafness if he didn’t stop, his huge void on that tour being filled by Axl Rose, a decision that was one step too far for many fans who were subsequently given the chance of ticket refunds.

But then the tide began to change. Johnson was offered the chance to try out a new in-ear hearing device developed by Asius Technologies. It proved to be a revelation for the gravel-toned frontman, giving hope that he could return to the fold. Rudd saw charges against him dropped and Williams, given a huge boost to see his two colleagues attempting a return, decided to give it another shot too. Nothing would bring Malcolm back of course, but his presence remained courtesy of being involved with the initial unfinished songs, and his nephew Stevie continued to fill his uncle’s boots on rhythm guitar.

They tried to keep it quiet – but when has anything about AC/DC been quiet? A few of them were spotted smoking together on some fire escape steps and the cat was out the bag, with Johnson soon admitting they were taking some tentative steps towards an unlikely return. And it’s a return that fans will undoubtedly relish.

Opener Realize is classic AC/DC, with everything in place; Johnson sounds as good as ever, which is the biggest miracle, and the riffs are strong. It’s an excellent start lyrically too, reflecting how fans must be feeling: “Feel the chills up and down your spine.” The slower paced Rejection, the only track to exceed four minutes, then hits on another perfect riff, with Rudd’s cymbal attack accompanying Johnson’s demands of “give me what I want” before Angus smashes a brief but sublime solo, and lead single Shot In The Dark packs the punch you would expect from the band as an isolated riff, then leads to Rudd’s inimitable percussive style peppered this time by a pulsating bassline from Williams. The excellent Through The Mists Of Time, one of the band’s more melodic tracks in recent years, raises the bar even higher.

Things settle down for Kick You When You’re Down, in which another brilliant guitar solo bursts through an otherwise more mediocre AC/DC cut. Demon Fire treads water a little too, maybe too dependent on its main guitar riff, and closer Code Red suffers the same fate despite the vocal performance of the 73-year-old Johnson defying logic. There are plenty of seedy innuendos too, like on the brazenly titled Money Shot, but when you hear the pumping bassline of tracks like on another cracker – Wild Reputation, despite its laughably cringey spoken lyrics of “I’m coming down main street, get out of my way, I ain’t stopping for nobody” – you can’t help but be thankful for the miraculous return of these masters of sleaze-rock.

AC/DC do their thing, and it works. Sure, there may be a huge Elastoplast stuck over the band rather than just glue holding the bones in place, and you will hear many an echo of past tracks throughout, but as the superb Witch’s Spell proves, this show ain’t over ‘til it’s over.