The Afghan Whigs – In Spades

by Sam Shepherd
published: 16 May 2017 in Album Reviews
Tweet 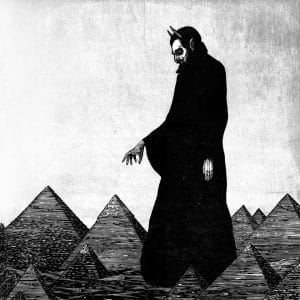 Only a week or so ago one of The Gutter Twins, Mark Lanegan, emerged with a startling new album in the shape of Gargoyle. His partner in drainage Greg Dulli has quickly followed suit, just as you’d expect a twin to do. They might not be working together on their respective albums, but there’s a pleasing synchronicity to their reappearance on the musical landscape.

As is usual with The Afghan Whigs, there’s a lot going on here. In Spades deals with a mass of entangled themes and Dulli is in particularly fine form lyrically as he utilises word play and double meaning to give a number of these songs multiple meanings. Vocally he’s still capable of making the hairs on the back of your neck stand on end. The rougher edges and more aggressive attack that coloured his early performances might not be so much in evidence, but what he lacks in rawness, he makes up for with sheer soul.

Opening up with Birdland, Dulli recounts his childhood experiences, “I was a child” he sings over a barely there accompaniment that is part choir and part chamber orchestra with any calm established being quickly dismissed with constant stabbing interjections. Perhaps the most important line here is “We’ll come together when the time is right”. The Whigs have a habit or returning at just the right time and this is most certainly one of those times. In the wake of Whigs’ guitarist Dave Rosser’s recent cancer diagnosis the feel of family and togetherness permeates the album. With the band so tight, Dulli is able to explore other avenues with memories, passion, sex and death being key themes on In Spades. There’s perhaps never been a more important time for The Afghan Whigs to be making music.

After a relatively restrained start, Arabian Heights finds the band uncoiling and releasing tension like a spring. Taught and yet somehow loose funk and soul that begs for people to get up a dance (albeit in a cautious manner). It’s a mess of emotion, with hope, fear and love combining with an overall sense of resignation. Yet, such is the propulsive drive of The Whigs they spark a party-like vibe in the face of adversity.

Of course no Afghan Wigs album would be complete without a fair dollop of sex, and Demon In Profile provides plenty of that. Essentially a huge soul ballad, Dulli explores the darkened corners of sexuality, death and desire. There’s no denying the musical sass, but there’s danger here. Dulli might deliver lines like “all over your body” with a certain amount of silver tongued charm, but when he’s “so far inside you now, I am your silhouette” there’s clearly something else going on here. It’s possible to read the song as a reaction to Dave Rosser’s recent cancer diagnosis, lines like “You say you’re ready… let’s get a room real soon, we’ll call the supernatural” can be read in terms of a passionate tryst, or with a sense of impending finality. There’s a lot going on here, and unravelling it is not at all easy.

These entwined themes of the supernatural, violence and sex appear again on Oriole. “Light the candle, lock the door too” croons Dulli over a lightly strummed acoustic guitar and swelling strings. What seems like a nice night in quickly takes a turn however. “Draw the circle, I’ll fall into you… divination cleromancy” he continues, as the ritual begins to unfold and Dulli acknowledges the violence in his head as the band move into slightly more threatening territory.

There are concessions to more straight-forward kicks, Copernicus is essentially a T-Rex song with menaces, whilst Light As A Feather cribs from Stevie Wonder’s Superstitious (appropriately, given the slightly supernatural tone to the album). “I’m gonna be breaking your heart” states Dulli as his band develop a perfect groove. It’s easy to read as a boast but it’s a line that also forewarns of a deeper loss.

The theme of loss is covered more starkly on I Get Lost, a song written shortly after Rosser’s diagnosis. It’s absolutely crammed with emotion, with Dulli laying it on the line over a beautiful piano accompaniment, but importantly it is not overblown in the slightest. Into The Floor, which ratchets up the emotion a little further and Dulli absolutely nails his delivery; breaking hearts with the sheer passion he gives lines like “I’ll remember you always this way”. There’s a lot of love and a lot of sorrow on display here and it’s impossible not to be moved as the album reaches its climax. Into The Floor blows the roof off and provides In Spades with a fitting close. Hopefully it’s not the last we’ll hear from The Afghan Whigs.

The Afghan Whigs MP3s or CDs

The Afghan Whigs on Spotify