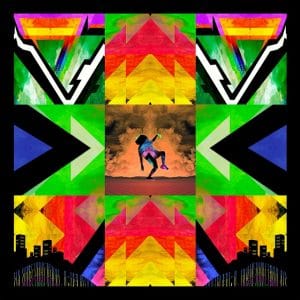 Africa Express may have made headlines earlier this year when they played a show in Leytonstone to celebrate Waltham Forest being named as the London Borough Of Culture for 2019 but they go back much further than that. They are an amorphous, inclusive collective that can be traced back to 2005, when Damon Albarn and journalist Ian Birrell joined forces to conceive the idea. What followed was a series of events, gatherings and collaborations across Africa and Europe where Western musicians would play alongside African artists, promoting messages of unity, tolerance and cultural diversity.

EGOLI is the fourth album released under the Africa Express name and as you’d expect it contains a multitude of sounds, styles, textures and moods. It’s also clear early on that it’s a very different set up to their live shows. The 18 tracks on EGOLI were recorded in South Africa over the course of a week back in January 2018 and they all have a youthfulness, zest and immediacy that’s hard to resist. With a couple of notable exceptions, the album showcases the talents of a group of relatively new, upcoming African artists.

Johannesburg is arguably the standout track on the album, Gruff Rhys lending his softly delivered, vocals to an enduringly simple yet effective melody. Morena Leraba also provides vocals and the way they run alongside each other works extremely well. Become The Tiger sees Albarn’s first appearance and it’s a nimble, sharply cut track that also showcases the electronic production skills of South African musician Sibot.

Gruff Rhys appears again on Absolutely Everything Is Pointing Towards The Light but South African singer Zolani Mahola takes the lead, her vocals syncing perfectly with those of Rhys and the lower key musical surroundings. Peak liveliness is reached on Mama meanwhile, with Ugandan singer Otim Alpha, and South African band Radio 123 combining to impressive effect.

The album is not without flaws. Some tracks work less well; some lyrics on Where Will This Lead Us To? and Twirl feel underdeveloped and FAKA’s wavering vocal on The Return Of Bacardi struggles to impose itself. Elsewhere, Sizi Freaks feels like it would benefit from a little more in the way of ideas.

Yet, overall the positives far outweigh any slight missteps. No Games is another engaging example of polished vocal interplay between Sho Madjozi, Poté and Moonchild Sanelly (who also impresses on the laid-back soul of Morals). The light, airy Taranau is Gruff Rhys’ third vocal collaboration of the album and completes a successful personal outing for him, and I Can’t Move is an upbeat, sunshine-infused closer with Albarn crooning out his lyrics around the indelible melody. Given the number and variety of artists appearing on EGOLI it could have been easy for it to feel uneven, but it flows brilliantly and should be hailed as a significant achievement.