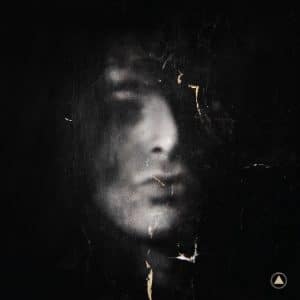 When Suicide‘s Alan Vega began to lay down the tracks that would become Mutator, his beloved New York had begun its irreversible march towards urban redevelopment. Those former slums and fringe nightclubs, iconic haunts like Club 57, Max’s Kansas City, Danceteria, that were part of his mythology had been flipped into high-end real estate and soulless coffee bars. The art world had become an obscene moneymaking monster that he continued to battle, no wave had fallen to hip-hop and despite some of the old gang from his pre-punk days hanging on tightly in the Lower East Side and Greenwich Village, many had been priced out of the city.

One plus side was that the prolific synth punk demigod had met someone who nurtured his creative energies and fallen in love with her. And so Liz Lamere, his future wife, was there in the studio with him in 1995 as the pair took inspiration from the city around them and began working on these uneasy melodies. Vega had experienced a mini renaissance the previous year, when the Rollins Band covered Suicide’s seminal track Ghost Rider for inclusion on the soundtrack to the comic book film The Crow, and two years later the CD reissue of his pioneering group’s unsettling and beautiful first record would kickstart the city’s electroclash and post-punk scenes.

Mutator is the first commendable offering from the so-called Vega Vault project, having been rediscovered in 2019 and mixed by friend and collaborator Jared Artaud of The Vacant Lots. Having also worked on the late icon’s 2017 first posthumous release, the gloriously rebellious and brutal It, Artaud, along with Lamere and creative director Michael Handis, have plans to put out a selection of material on the Sacred Bones label. Imbued with the musician’s characteristic rockabilly croon and disruptive layers of reverb, as on those pivotal Suicide records, Vega here switches effortlessly from twitchy agitator to compliant puppy dog, his cathartic sensitivity and confrontational theatricality often mirroring the other with precision.

Bringing to the surface his dormant fascination with religious iconography and the zombified city around him, the record finds Vega engaging with the almighty on Trinity, calling out to the heavens and screaming, as a disembodied congregation of voices swirl and echo around him. The threat of violence and capitalism lingers omnipresent on the insistent Nike Soldier. Similarly on Muscles, a jackhammer drum pattern disrupts Vega’s fragmented discourse on life. On the reverent Samurai and Breathe, Vega rather than yelling into the void abruptly attempts to tap into his sensitive side.

The purposeful fetishistic groove of Fist stands out on the record for its eerie sense of urgency, and exemplifies what makes Vega so fascinating as an artist. Is he articulating a repetitious ode to mortal combat, precarious servitude or sexual deviance? Deliberate readings of context are hijacked as the giddily unstable song is charged by a tinnitus inducing rhythm that corrupts the ear. Brash, poetic, and romantically obtuse, even from the grave Alan Vega is as challenging as he is charming.