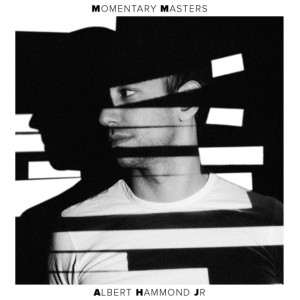 The Strokes have seemed like a spent creative force for close to a decade now, so it’s unlikely that many people in 2015 were hankering for another solo album from their rhythm guitarist Albert Hammond Jr. And yet, back in July, he released one of the year’s most enjoyable albums in the form of Momentary Masters.

The album will win no prizes for originality, with everything here sounding at least a little bit like something else – that ‘something’ typically being The Strokes. Opener Born Slippy (not a cover of the Underworld number) begins with a lilting Afrobeat rhythm that recalls one of The Strokes’ better recent songs, Machu Picchu, while Razors Edge, Touché and the unfortunately-titled Side Boob all deploy the urgent, staccato, cross-hatching guitars that made Is This It and Room On Fire so thrilling.

But there are other influences at play on Momentary Masters. The Strokes regularly praised Guided By Voices – to the extent of playing a game of Family Fortunes against the band in the video for Someday – yet GBV’s influence on The Strokes’ music was often hard to detect. On Momentary Masters, that influence is much more pronounced: Drunched In Crumbs is a very GBV-esque song title and, it turns out, a very GBV-esque song, too, with its Robert Pollard-esque vocal inflections and its twisting, infectious melody.

Elsewhere, Born Slippy cheekily plucks the iconic guitar refrain from Television’s Marquee Moon and plants it in the middle of its elegant, swooning chorus. Caught By My Shadow features a muscular, pummelling riff that’s reminiscent of Arctic Monkeys’ recent work. Losing Touch is a sweet ode to absent friends that sounds like a more reflective take on LCD Soundsystem’s All My Friends. Landing slap bang in the middle of the album – and serving as a useful palate cleanser between the relatively calm first half and the more frenetic second – is a surprisingly effective cover of Bob Dylan’s Don’t Think Twice, It’s Alright.

The Strokes’ songwriting has become more democratic in recent years, with the band’s former despot Julian Casablancas describing 2011’s Angles as “Operation Keep Everyone Happy”. Given the decline in the quality of the band’s output during that time, it’s reasonable to conclude that collaboration does not become The Strokes. And yet Momentary Masters suggests that the band’s most in-form songwriter is the guitarist. To describe it as the best Strokes-related work since 2003’s Room On Fire might be damning it with faint praise: better to say simply that this is one of the year’s most easily-overlooked gems.