Albert Hammond Jr – Yours To Keep 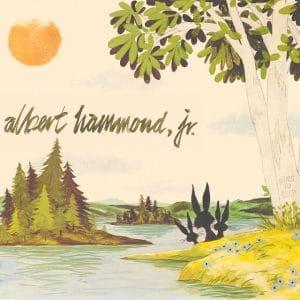 It’s fair to say that in the list of ‘fantasy solo albums’, Albert Hammond Jr‘s probably wouldn’t be top of the list. Firstly, there’s the danger that it could lead to the break up of The Strokes, and secondly, surely Julian Casablancas or Nick Valensi would produce a more intriguing solo prospect. Albert Hammond Jr? Well, he’s just the rhythm guitarist isn’t he?

Well, according to the band themselves, Hammond Jr certainly isn’t leaving The Strokes and Yours To Keep is his opportunity to flex his songwriting muscles. If, as it’s claimed, the band turned these songs down as being unsuitable, then they really should be kicking themselves when they listen to this.

For there are tracks on here that are at least the equal of anything on Room On Fire or First Impressions Of Earth. At some points, you listen and think ‘my God, this is actually better than The Strokes’. It may not come close to topping Is This It (but not much can, really), but Hammond has certainly been hiding his songwriting skills under a bushel.

Of course, songwriting is in Hammond’s genes – his father was the man behind several ’70s soft-rock classics such as Free Electric Band and It Never Rains in Southern California – but his son’s tastes are a bit more contemporary. Inevitably at times, it sounds like The Strokes, but it leans more towards their poppy, more gentle side.

Hammond’s voice is decent, if lacking the cool drawl of Casablancas and has a fragile quality to it that proves quite endearing. The first single Everyone Gets A Star is low key and melancholy, and likely to wash over the listener on first play, but after a couple of spins it proves utterly addictive. Back To The 101 too marries a blistering guitar riff to a fiendishly catchy chorus, producing one of the best songs on the album.

There’s a variety of guest stars on the album, including Casablancas, Ben Kweller, Sean Lennon and Strokes manager Ryan Gentles. The presence of Lennon probably accounts for the rather Beatles-esque flavour of several tracks on the album, especially Scared and Blue Skies. Yet the guest stars don’t overwhelm Hammond – you never forget that this is his album, rather than a load of his mates helping out.

Admittedly, there are some tracks that sound just a bit too much like The Strokes. You spend most of Holiday expecting an epic peal of guitar from Nick Valensi while In Transit drives along like the best moments of Is This It but without the glorious hooks. It’s understandable, but it’s when Hammond stamps his own personality on the songs, such as on the horn wig-out outro to the closing Hard To Live (In The City) that the album works best of all.

At just 35 minutes long, Yours To Keep never outstays its welcome, although the running time does make it sound a bit unsubstantial. It’s certainly a very pleasant surprise though, and if Casablancas can swallow his pride and invite Hammond to collaborate on a regular basis, the next Strokes album may just be their finest yet.