Alela Diane – To Be Still 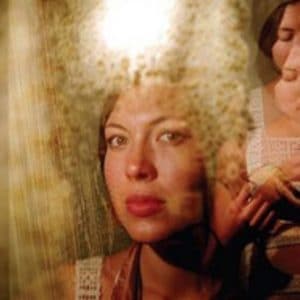 Alela Diane‘s debut album took four years to flutter into the consciousness of a public beyond the cafés of hinterland California with its sparsely arranged, post-Vashti Bunyan-esque songs of quietly bucolic travails. The follow-up comes with a much “bigger” production (“bigger” being a relative term). It’s all the better for it.

Her first two albums came in home-made sleeves embroidered personally and strictly by hand by the then 20-year-old artist. They enjoyed minimal distribution, being sold exclusively at Alela Diane Menig’s coffee house performances in Nevada City, a once-important gold rush centre in the hills behind Sacramento which today houses just about 3,000 souls.

New-Folk superstar Joanna Newsom lived here too, and encouraged the young singer-songwriter to perform her songs live. Even so, it took more than four years until the second of her self-produced albums, The Pirate’s Gospel, via a succession of ever more professional indie labels and impressive performances in ever more prestigious venues, managed to attract the ears of a wider internationale of “wyrd folk” as well as singer/songwriter audience.

Whilst it has taken her four years to record another album of her own, her voice has not been entirely absent from the CD in-tray. By providing eerie, Mazzy Star-like vocals to songs like The Jesus And Mary Chain‘s Just Like Honey or Nick Cave‘s Nobody’s Baby Now on producers Eddie Bezalel and Hugo Nicolson’s cover versions project Headless Heroes, she proved that she wasn’t quite the otherworldly folk-naif that the style of The Pirate’s Gospel might have suggested.

On to To Be Still. The album, like its predecessor, was produced by Diane’s father Tom Menig, together with Dan Elkan who was once a member of math rock band Hella, also from Nevada City. Compared to the sparse previous opus, this time the instruments are piled up sky-high, and the production is positively wide-screen.

Happily, this works to the advantage of both songs and voice. Mandolins, banjos, fiddles and even drums are applied with a touch that is both sure and sensitive. No instrument forces itself into the foreground, each touch is applied strictly in order to add nuance, emphasis and texture. These arrangements throw a new light on Diane’s clear and still-water-deep voice, making it appear much more three-dimensional than on the previous album.

Melodically, too, To Be Still is both more sophisticated, more confident, and, above all, more convincing (if encountered in a less than fan-like frame of mind, the previous album could appear more than a little monotonous). In this respect, opener Dry Grass & Shadows with its peculiar, descending verse melody, accompanied by the brightest shimmer of a pedal steel guitar, makes for a breathtaking start.

The care and attention lavished on the minutest detail throughout the rest of the album means that no song sounds like any other. However, utterly dominant throughout is the voice. Unhurried, completely sure of each move, it glides across these eleven songs with a complete disregard of the laws of gravity.