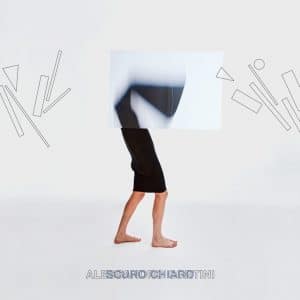 Two coronavirus waves since his collaborative record with Daniel Avery, Nine Inch Nails accomplice Alessandro Cortini is back with an album of lo-fi synth-play, slow crescendos and evocative soundscapes.

Scuro Chiaro begins with Ecco, featuring one of electronic music’s most basic elements: a solitary drum machine kick, adorned with analog hiss. As the track progresses more and more drones and hums are added to the mix until this bassy pulse is nearly overwhelmed, before being reduced to an arrhythmic clicking echo.

Such incremental song structures are commonplace here and they give the album an enjoyable sense of narrative, especially on the longer songs. The nightmarish Sempre is a fine example, focusing on whining tones and a relentless mid-tempo beat. Such a simple arrangement could easily become a dirge in the wrong hands, but all the layers gradually mutate until the sound is amazingly monstrous, trebly overtones dripping with acid and an intimidating wall of bass.

Meanwhile, Nessuno piles distortion onto an initially low-key ostinato, whipping it into a frenzy as metallic effects fade in and out like the chatty ambience of Aphex Twin’s Tha.

Most of the tunes are deliberately bare compositionally, but there are innovations to be heard, such as on Lo Specchio. The synth motif utilises the same intervals in a descending sequence of minor chords, creating intriguing dissonance with the jittery synth lead and an ominous nature that betrays Cortini’s soundtracking experience. The tracks Corri and Fiamma also show a flair for rhythm, the former an erratic 59-semiquaver loop that gains its definition by the pressing and releasing of keys, the latter dominated by a tremolo-induced hemiola.

Scuro Chiaro can be best described as the sonic trickery of Fennesz colliding with music that is often more minimalist in a classical sense. The novelty of this approach intrigues the ear and results in a fascinating album.