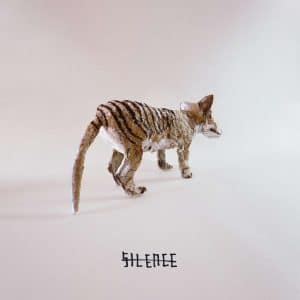 Silence marks Alexis Taylor‘s sixth solo album away from his day job of Hot Chip, and it remains an intriguing proposition to see how he embraces a completely different side of his musical personality.

For, while Hot Chip are mostly known for their floor-filling disco, Taylor’s solo material is far more introspective. Silence continues this journey, consisting of 12 tracks built around piano and centred about Taylor’s affectingly fragile vocals.

There’s a theme through Silence, and it’s religion. There’s no tub-thumping to be found though, as Taylor describes himself as a non-religious person who’s fascinated by faith in general. There’s an eerie quality about much of the album – Taylor developed tinnitus in one ear during a Hot Chip show in 2019, and the fact that much of the record was recorded under lockdown isolation means that an air of poignancy hangs heavy over proceedings.

Opener Dying In Heaven is something of an outlier – one of the few tracks with a full band arrangement, it’s a gently mellow introduction to the album, with Taylor’s falsetto effortlessly switching up a gear for the chorus. Taylor’s band create a warm, enveloping sound, with Johnny Lam’s pedal steel adding an extra degree of atmosphere.

The majority of the tracks on Silence are built around Taylor’s voice and piano, with his band settling for a more unobtrusive presence. The comforting sound of a double bass anchors Death Of Silence, as some gentle strings swirl around Taylor’s piano, and despite having no lyrics, the centrepiece piano instrumental of Thylacine seems strangely moving – named after an extinct Australian marsupial (which also graces the cover art), it feels like an ode to passing times and an uncertain future.

I Look To Heaven, living up to its title, is probably the most lyrically explicit allusion to the album’s theme of religion – “I turn to Jesus ‘cos no one can save me” intones Taylor at the start, and with references to a “heavenly father” there are hymn like qualities to the song’s repetitive piano chords.

It takes a few listens for Silence’s quiet, reflective songs to sink into your head. At first, it’s more likely to lull you off into a gentle nap, but it soon begins to creep into your heart. Consequences is a lovely, lilting masterpiece, while Violence is the exact opposite of its title, a still mediation which laps gently in and out like waves at a beach.

Silence may not contain many bangers, but if you’re familiar with Taylor’s solo career, you’ll know what to expect. At times, you may yearn for a bit more colour and energy, but if you wish to take a 38 minute relaxing break from the hectic rush of the world, Silence could be just the record you’re looking for.