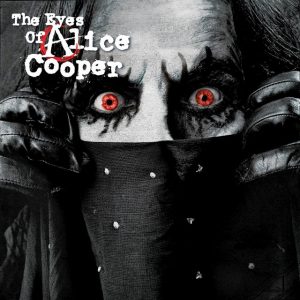 Back in the late ’60s, Alice Cooper was the name adopted by a Detroit garage band led by one Vince Furnier, a real-life son of a preacher man. Vince wasted no time in adopting the Alice acronym, and his band’s mixture of driving, raw, rock and roll and stage shock tactics attracted them to Frank Zappa, who signed them to his suitably titled Bizarre record label.

It was a grounding that served the band well as, over the next four years, they scored big-time with the albums School’s Out, Killer and Billion Dollar Babies, outraging middle America with a show that included mock decapitations and executions. In real-life Alice was a sweetheart, who, after a night of ritual torture and psychodrama liked nothing better than a quiet round of golf.

When the original band disintegrated, the Alice Cooper show degenerated into little more than a rock and roll pantomime and as for the music – well, what was the last Alice Cooper song you remember?

This may well have been troubling Alice, for he has returned to those early garage band roots for The Eyes Of Alice Cooper, which has to be his best album since Billion Dollar Babies. Recorded in a makeshift studio, with minimal overdubs, under the supervision of Godsmack producer Mudrock, this is pure unadulterated rock and roll, vicarious, at times exhilarating, but with tongue placed at least halfway in cheek.

The musical touchstone of the album is the track Detroit City, which pays tribute to the early days of the motor city’s rock scene, and name checks Iggy Pop and MC5 (MC5’s guitarist Wayne Kramer appears on the track) who, along with Alice, pioneered an urgent, confrontational style of rock, far removed from the laid-back, coke-addled excesses of the LA bands. They also, of course, helped pave the way for the punk movement.

All too often such a basic, bludgeoning approach ended up being a faceless wall of noise, but Alice’s melodic instincts often rescued him from such indulgences, and they serve him well here on tracks like Man Of The Year, Spirits Rebellious and Love Should Never Feel Like This. And, lest we forget that this was the man who wrote Only Women Bleed, Alice displays his sensitive side on the ballad Be With You Awhile. There are also echoes of his past on Between High School And Old School which wouldn’t have sounded out of place on the School’s Out album. Yes, it’s that good.

One of the more surprising and gratifying of comebacks then, from one of rock and roll’s great survivors. The last word must surely come from the album’s producer: “It really doesn’t get any better than this.”