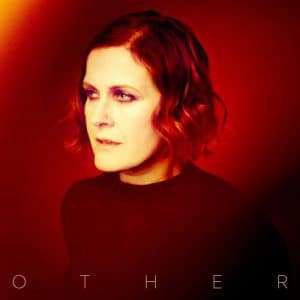 Don’t be fooled by the ambiguous title. Other might be a modest branding for Alison Moyet’s first new album in four years, but its contents are meaningful and deeply expressive. It turns out to be the best possible vehicle for one of the most recognisable voices in British pop music.

Like Dave Gahan, Marc Almond, Debbie Harry and Andy Bell, to name just a few, Moyet is a vocalist whose biggest decade looked set to be the 1980s – but here, 30 years on, she continues to develop while keeping the qualities that made her stand out in the first place.

Perhaps the title of Other is in reference to its source material, for Moyet used other people’s situations as a stimulus for her own songs, eavesdropping and elaborating to make them suitable, and then giving them all she had in the recording process. It would also explain the variety of tempos and styles along the way, emphasising her artistic versatility, and her now mature relationship with collaborator Guy Sigsworth.

Happy Giddy is a surprise, taking her on an electro disco night out. By contrast I Germinate is laden with heavy meaning, its chords shifting ominously beneath the powerful vocal. Lover, Go is a torch song for the older woman, Moyet digging deep to deliver a song in the manner of a big screen theme over a backing not a million miles from Massive Attack’s Teardrop. Meanwhile April 10th is a poem set to atmospheric broken beats, Moyet’s sonorous tones, given in spoken word, both a comfort and a challenge.

If you enjoy her way with a one-liner on Twitter, then you’ll like her lyrical style here too. Beautiful Gun is a striking oration, laden with macho imagery of the empty kind as it serves a barefaced commentary on man’s inhumanity to man. Reassuring Pinches gets much closer to home, the only song not obviously influenced by others’ deeds. A brooding electro production provides the backing for some idiosyncratic lyrics. “Whichever way we fall we’re dancing,” she sings to the significant other.

Other, Happy Giddy and Alive form a powerful trio with which to finish the album. The strings on Alive bristle with intent, typical of the original and high quality orchestration running through the album. The silvery backing to The English U takes this a step further, showing the more sensitive side to the strings when paired with softly thrummed harp. Topping this are the sweetly sung backing vocals from Moyet’s daughter Alex.

Other is not just any other album. It shows Alison Moyet as a vocalist of immense sensitivity, feeling and lasting power. She is right at the top of her game musically and lyrically, delivering pop music that is more relevant now than at any point in her illustrious career.