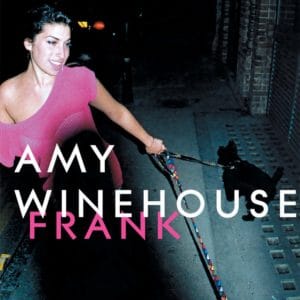 Teenage female singers tend to fall into one of two categories: the pneumatic pouting sex bomb a la Britney Spears and Christina Aguilera, or the attitude-laden, self-styled misfit image of Avril Lavigne or Amy Studt. Thankfully, 19-year old Amy Winehouse is as far removed from those two stereotypes as you could imagine.

Winehouse has a voice, and songs to match, of a grizzled undiscovered veteran who’s spent 40 years playing smoky jazz clubs in Harlem and New Orleans. She was raised on a diet of Sarah Vaughan and Diana Washington and that certainly shows here. Her vocals are a cross between the grittiness of Macy Gray and the sweetness of Erykah Badu and her lyrics are commendably feisty and, as the album title suggests, frank.

Take the first single Stronger Than Me for example, a withering attack on the sensitive “new man”. As Winehouse purrs, “I feel like a lady and you my ladyboy,” it’s easy to imagine said new man (possibly Winehouse’s target audience) spluttering in horror over his moccachino. This isn’t angry, anti-men vitriol though – the standout track What It Is About Men finds Winehouse berating herself as much as the opposite sex.

In fact Winehouse’s lyrics are almost as remarkable as that voice. There’s so much maturity and depth here that it’s hard to believe that she isn’t yet out of her teens. Fuck Me Pumps is a witty and devastating portrait of “women of a certain age” who go out on the town with the express intention to pull a footballer, and I Heard Love Is Blind is a startlingly honest admission of cheating on her boyfriend with his lookalike (“I was thinking of you when I came”).

Yet it’s the voice that leaves one breathless. Winehouse has been called the British Lauryn Hill, and her performance here is as good as anything on The Miseducation Of… Her vocal on You Send Me Flying perfectly captures the exhilaration of young love, which switches to desolate and heartbroken on the aforementioned What Is It About Men.

Hot on the heels of British jazz’s other Great White Hope Jamie Cullum (although there’s an equal amount of soul and blues here as well), Frank is a superb debut album that announces Amy Winehouse as a major young talent. With hardly any weak tracks on here, it’s frightening to think what she could produce in the years to come.