Andrew Bird – Are You Serious 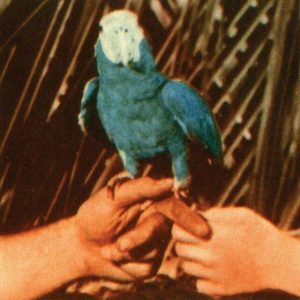 It would be fair to say that some of Andrew Bird’s albums seem more ‘serious’ than others. He’s been releasing records busily in recent years: last year he put out the instrumental Echolocations: Canyon; in 2014 Things Are Really Great Here, Sort Of…, an album of Handsome Family covers; the 2013 EP I Want to See Pulaski at Night, based around a central track about a street in Chicago; and at the tail end of 2012 the barnyard recording Hands of Glory. These are all fine records in their own right, each seeing Bird homing in on a central concept or conceit, in playful, experimental mode, questioning what it is that gives the album format its coherence.

This prolific streak makes it easy to forget that it’s been four years since the release of Break It Yourself, the last album that felt like a core part of the grand narrative of Andrew Bird or, to put it another way, his most recent ‘serious’ album. Are You Serious is in the same vein: it’s not Andrew Bird exploring a place, a band or a method of recording, it’s simply Andrew Bird being Andrew Bird. In other words, the seems to answer the question in its own title with a resounding ‘yes’.

Bird has spoken of how the album feels different to him: he’s now married with a child and has moved to California from New York City and before that Chicago, and the record reflects these changes in his life. The lyrics are more direct, but he hasn’t lost his knack for interesting and occasionally imagery and ideas, as in the chorus of Puma, for instance: “She was radioactive for seven days/How I wanted to be holding her anyway.”

He has also assembled a new band, which includes his longstanding collaborator Alan Hampton on bass, along with drummer Ted Poor and guitarist Blake Mills, but for the most part his sound hasn’t changed. Key to that sound is of course the violin, his first instrument, which he manipulates and distorts with the use of loop pedals. Opening track Capsized begins with a fanfare and a flourish of cymbals, suggesting a move away from Bird’s subtle, folky sound, but his distinctive violin soon comes in with a pizzicato motif. It’s a bolder, more outgoing sound than we’re used to hearing from Bird, but it’s reigned in by his violin artistry.

Elsewhere he is softer and more reflective. Left Handed Kisses is a lovely duet with Fiona Apple, whose voice offsets Bird’s perfectly. Valleys Of The Young is a moving piece, seemingly a reflection on Bird’s decision to have a child: “Do you need a reason we should commit treason/And bring into this world a son/And leave the valleys of the young […] A valley of brunch and tedium.” He goes on to obliquely discuss his experiences of parenthood, before veering off into a dark fantasy in which his child takes an overdose as a young adult.

The album ends with the brief Bellevue, the album’s most straightforward love song. ‘Now I’ve found someone who can slake my thirst in a land beset by drought,’ Bird sings. As Are You Serious comes to its end it becomes clear that for the past forty minutes he has been musing on the idea of the ‘serious’ relationship, and on serious decisions such as starting a family. In its own way, the album is as tied to a central concept as his last few recordings, but here that concept is presented in a more expansive, more enquiring way.