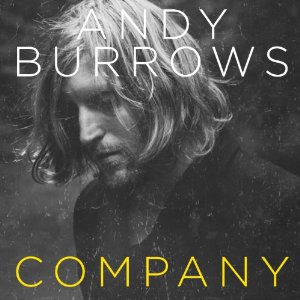 Andy Burrows is the former drummer for Razorlight, a band who’ve become something of a laughing stock over the past few years. In their recent publicity shots, Razorlight – who now comprise Johnny Borrell and a trio of newly-recruited journeymen – resemble The Cult following a rag-and-bone-men makeover, and their recent tour itinerary has included decidedly un-rock ‘n’ roll venues such as Myrtle Park, Bingley and Carfest North, Cholmondeley Castle.

Andy Burrows can therefore benefit from some retrospectively-earned credibility by virtue of having jumped ship before Razorlight suffered such ignominies. And, far from being just the drummer, he actually played a substantial part in their considerable mid-noughties success, having co-written two of the band’s biggest hits, America and Before I Go To Pieces.

Since quitting the ‘Light in 2009, Burrows has been a part-time member of We Are Scientists, released an album under the I Am Arrows moniker and even recorded a Christmas album with Tom Smith from Editors as the prosaically-named Smith & Burrows.

Following his first effort under his own name, 2008’s The Colour Of My Dreams, he’s released the follow-up, called Company. Its artwork seems intent on re-introducing its subject as a serious singer-songwriter: Burrows stands unshaven, lank of hair and apparently fixated on an object roughly three feet on the floor in front of him.

The seriousness of the album’s packaging is borne out by the music within: this is a self-consciously mature album. Musically, it’s deeply conservative: acoustic guitars are strummed, a string section is deployed to underline the more emotive lyrics and the words tend to stick rigidly to AA/BB rhyming schemes. And while it’s not a terrible album – the songs are competently arranged and performed, Burrows’ voice is easy on the ear – it’s a rather dull one.

Hometown could be a second-tier Take That ballad (not necessarily a bad thing); Because I Know I Can bears a passing and pleasing resemblance to Badly Drawn Boy’s Disillusion; while Shaking The Colour, an up-tempo number underpinned by a pounding beat and featuring – in the form of a guitar solo – the album’s sole moment of aggression, acquires Motörhead-esque levels of heaviness in the context of what surrounds it.

These are the occasions when a pulse is detectable within Company’s veins. Elsewhere, however, the album flatlines. The dreary ballads If I Had A Heart, Stars In The Sky and the title track are the musical equivalent of beige smudges. They beg the question, Is this the music Andy Burrows really wants to make? Or is he just misguidedly angling for the Radio 2 playlist?

Andy Burrows clearly has talent, and no one’s suggesting he makes a dubstep album to prove that he’s aware of music made after 1975. But next time round a little more blood and thunder wouldn’t go amiss.