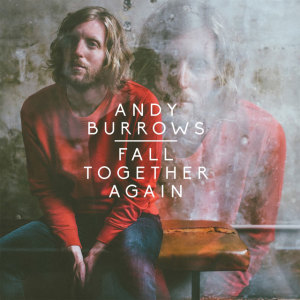 Immaculate production, baroque instrumentation, affirming lyrics, and perfectly clean vocals; Andy Burrows’ newest release is radio hits all round. It’s hard to believe this is the same guy who worked in Razorlight and We Are Scientists, for there’s hardly any sign of indie rocker image here on Fall Together Again. But rather than betraying a sell-out image, Burrows has instead created a genuine pop album; Fall Together Again places Burrows in a great position for mainstream success.

The album begins with a minute-long intro of strings and brief vocalisations by Burrows that set the mood right. Fall Together Again is not an album of happy endings – that’s shown by the occasional augmented or diminished note – but that isn’t to say sadness can’t be beautiful in its own right, either. Closing track Don’t Be Gone Too Long demonstrates this well: its chorus “don’t be gone too long / because I can’t live without you” is topically simplistic, but Burrows’ delivery and the reserved melody betray a wistfulness that is applicable to any term under the umbrella of loss.

Fall Together Again is hooks on hooks on hooks. There is no track here that belies any sense of tiresome blasé. Some pop artists have that single solitary hit that sells millions and propels them into the mainstream, but the album from which it comes is little more than that same sound rehashed for 12 tracks. Burrows is wise enough – and has experience enough – to avoid this trap, and it’s likely made all the better by his retaining creative control on the album.

You Won’t Find Love has a faint electronic backing to a simple guitar hook that both belie the anti-love song lyrics and entice a dance or two. Who Are You Now? has some Gotye-style heartbreak against radio-ready percussion, a twinkling electronic outro, and “do do do” backing vocals. It’s a fantastic track, and trepidatious listeners should start here. Those in the mood for a bit of heart-throbbing should check out See A Girl and Hearts And Minds, the latter of which will surely appeal to Gotye fans. This nuanced take on love shows that Burrows has certainly matured since the raucous Who Needs Love? of Razorlight’s self-titled release eight years previous.

Burrows’ voice is beautiful, but it’s saddening to see another British artist eschew his or her accent in favor of singing so clean it may as well be used as bleach. When Your Ship Comes In is a grievous offender because Burrows falls back-and-forth between the all too often used pop countertenor. Burrows can do better than that, and we’ve heard him do so on his previous solo releases. It’ll please the fandom that’s too old for the One Direction craze, but those who desire a more authentic Britishism in their albums may feel left out in the cold.

The baroque pop instrumentation does well by not rehashing Eleanor Rigby or Wonderwall structures. Big band artists such as Frank Sinatra are the best comparisons here, and there is an understated swing texture that’s present in every song. Fall Together Again is quite a refreshing pop album in terms of the rhythm section: not only can one actually hear the bass line, but it even has a purpose that’s more than keeping time on tracks such as As Good As Gone, You Won’t Find Love, and See A Girl.

Andy Burrows needs not prove his artistic merit, but Fall Together Again certainly shows another, much more tender side to his artistry. With beautiful instrumentation and subject matter that is palatable to the mainstream but does not pander to any specific audience, Fall Together Again is, for the most part, a delight.