Andy Burrows – The Colour Of My Dreams

by John Murphy
published: 26 May 2008 in Album Reviews
Tweet 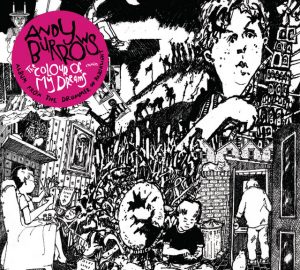 When it comes to long awaited solo projects, it’s fair to say that the drummer from Razorlight probably isn’t too high up the list. Yet the man who famously fell out with Johnny Borrell over who should claim credits for such meaningful lyrics as “nothing on the TV nothing on the radio that means that much to me” has indeed gone solo.

It’s a project that’s obviously close to Andy Burrows‘ heart. Recorded in order to raise awareness and funds for the Jack’s Place appeal to build a new children’s hospice in his home town of Winchester, The Colour Of My Heart was recorded entirely on Garageband software, after Burrows stumbled upon a book of poetry written by a family friend.

Anyone expecting to hear more Razorlight style stadium anthems will be either disappointed or relieved, depending on your viewpoint. Instead, The Colour Of My Heart is almost lo-fi beyond parody, folky and incredibly short – most of the songs last under a minute, and the album’s entire 11 tracks clock up to a running time of 13 minutes eight seconds.

There’s a sweet, child-like quality to these songs, which is understandable given where the proceeds of this record are being donated to. The opening line is “one-two buckle my shoe”, and there are songs about grandads, saying goodbye to a teacher and having lots of cuddles. Before you start feeling like you’re about to throw up a bit inside your mouth, Burrows pulls it off reasonably well, the lo-fi nature of the recording adding to its somewhat ramshackle charm.

Burrow’s voice is pleasant enough, although not particularly strong. Imagine Graham Coxon, had he been raised on a diet of Elliott Smith and Simon & Garfunkel, rather than US alt-indie, and you’re halfway there. Big Chief Grandad has a folky charm about it, while the title track is probably the most catchy thing on here with a lovely singalong chorus.

Unfortunately, most of the songs here just aren’t that strong to stand up to repeated listening. It comes across as a selection of half-finished sketches rather than a fully-formed album. The tracks that work best are the longer ones – such as Drummer Boy and the title track, where Burrows puts some much needed meat on the bones of the songs. Tracks such as Peace, Moon and Lighthouse Men are over in a blink of an eye, and while they sound perfectly pleasant, the effect is more that of aural wallpaper.

The lyrics too are a bit cringeworthy sometimes – admittedly, this isn’t Burrows’ fault as he’s working from a book of poetry. Yet lines like “we hate winter go away, except perhaps on Christmas Day” or “I’d rather have a cuddle than ketchup, chips or peas” reassures that we’re not listening to the work of a future poet laureate.

For a charity project, The Colour Of My Dreams can’t really be knocked, but going purely on a musical basis, this is likely to be remembered as a bit of a curio rather than a particularly strong album.