Ani DiFranco – To The Teeth 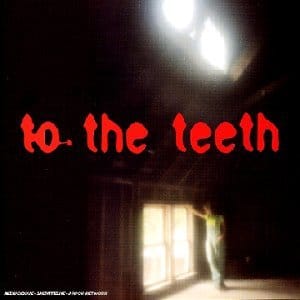 She’s back. Well, it isn’t as if she ever left; Ani DiFranco has been regularly releasing two folksy-rootsy offerings per year for some time now. But the lady known for her electrifying live shows really is back; this record develops what has gone before but in many ways has a quite different feel to it. The result is mesmerising.

To The Teeth carries the power of the Ani live experience, something she’s never really managed on CD before, great though her previous albums have been. This album just seems to have more scope, more tracks, more depth; more musicians, even.

This is most apparent on the jazzy band recording Back Back Back but is obvious also on the funky Freakshow, which is strange, as this is a studio track performed entirely by Ani, with steel drums, vocal harmonisation, electric guitars, bass (typically speedy), effects (mostly with guitars) and acoustic guitars. There is more depth even to her “nocturnal experiments”, such as Hello Birmingham, than the quieter tunes we’ve known and loved before. And there’s much more of a jazzy feel to this record. Little Plastic Castle offered us trumpets to no particularly enlivening effect, but on To The Teeth Ani has worked out that jazz really can be included in her repertoire, and the trumpet, played by Irvin Mayfield, is more at home here.

Then there is Swing. It starts with a jazzy Beck-esque fusion but develops seemingly without effort into a semi-hip-hop-folk tune with bleeps, scratches, twangs and multi-layered vocal effects; at least that’s as far as I care to pigeonhole someone with turntables, rapping, acoustic guitars and trumpets on the same track.

But in some ways she thankfully hasn’t changed a bit. The title track of To The Teeth is a Dilate-esque rant at the big boys in the American establishment, with characteristically caustic turns of phrase; “Open fire on each weapons manufacturer/while he’s giving head/to some Republican senator…. Are we really gonna sleep through another century/While the rich profit off our blood?” The vocals are typically heartfelt, but somehow manage to sound as much like Sade as they do Ani. The guitar work predictably causes one’s jaw to drop (though much less than on Dilate and Not So Soft, largely due to the experimentation with other instruments leaving little space for such indulgences) and overall you just wish you had long platted hair to swing about your head.

Ani has never before worked with anyone arguably better-known than herself, but if such a thing was to be then it makes sense that The Artist Formerly Known As Prince should be the man to turn up, contributing vocals to Providence. Maybe like so many artists he admires Ani’s freedom from the clutches of the big label names in the record industry; it isn’t difficult to appreciate why. The Artist is rightly regarded as one of the most talented musicians alive – what a joy it is to have the other one on the same record as him.

This is a great album of personal feeling, world concern and sublime musical talent and, while we expect much from Ani, she remains amazing for continuing to exceed all expectations. To The Teeth. Go buy it.