Ani DiFranco – ¿Which Side Are You On? 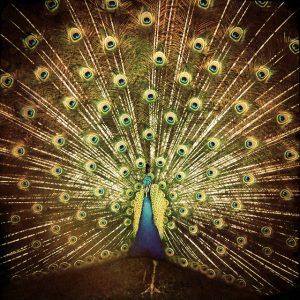 Marriage and motherhood have taken their toll on Ani DiFranco‘s productivity, it seems. Whereas at one time, the folk singer from Buffalo, New York was releasing an album a year, DiFranco’s 17th album comes a full three and a half years after her last, Red Letter Year.

Her talent certainly hasn’t been diminished though. A couple of bars into opening track Life Boat, and it’s like she’s never been away. Her style has gradually evolved from the urgent, staccato style of old, and much of ¿Which Side Are You On? has a gentle, wistful quality to it.

That’s not to say that DiFranco’s anger or social conscience has lessened any. Indeed, on the title track, a reworking of the old folk standard, she sounds more incendiary than she has done in years. Backed by Pete Seeger, the man who popularised the song, she reworks the lyrics to mention stolen elections, New Orleans, Reaganomics – basically all the DiFranco pet peeves in one song. It’s no wonder she sounds so impassioned singing it.

Elsewhere, there’s the usual startlingly articulate musings on matters both personal and political. The aforementioned Life Boat is nicely self-deprecating, with talk of DiFranco’s “tired old face…red scabby hands” and even the revelation that “you can smell me coming, from halfway down the street”.

The general atmosphere is calm and restrained – the old days of the furious, blistering bursts of guitar riffs are sadly long gone now, but they’ve been replaced by a more reflective, finger-picking style. It’s a style that suits her down to the ground however, and her lyrics remain strikingly sharp, especially on political and social issues.

Amendment is a strident call for a women’s right to an abortion to put in the statute book, with the simple but powerful couplet of “If you don’t like abortion, don’t have an abortion. Teach your children how they can avoid them, but don’t treat all women like they are your children”.

Elsewhere, J tackles government inaction in the wake of the BP oil spill, which even features a gentle dig at Obama (“I mean the dude could be FDR right now, instead he’s just shifting his weight”) while Promiscuity is a witty and non-judgemental take on sexual appetites. Yet the album’s two big highlights are built on more personal ground.

Hearse is a lovely, heartfelt paean to her husband, full of imagery which threatens to inspire goosebumps such as “I will always be your lover, even after our atoms are dispersed… I will follow you into the next life like a dog chasing after a hearse”. Even better is the beautiful Albacore, perhaps one of the most gorgeous melodies she’s ever written – so gorgeous in fact, you’re willing to overlook the fact that the song rhymes ‘dove’ with ‘love’.

Admittedly, there are a couple of misfires here – If You’re Not errs slightly on cod-psychology with lines like “if you’re not getting happier as you get older, then you’re fucking up” while Mariachi is pleasant, if undemanding and a bit of lightweight filler.

Yet there’s more than enough here to dispel any fears that her seemingly blissful personal life has taken the edge off her work. In the unlikely event you needed any more demonstration of the woman’s talent, this is it.