by Thomas May
published: 3 Sep 2012 in Album Reviews
Tweet 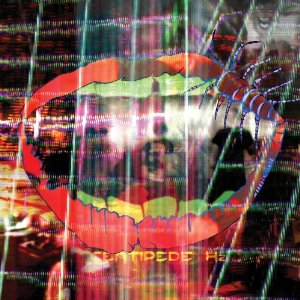 Animal Collective has never been a band to do things by halves. Formed at the cusp of the new millennium, the group has always seemed emblematic of new possibilities in contemporary popular music, perpetually transcending the perceived dichotomy of the experimental and the conventional, blurring the boundaries between so-called high and low culture. Fusing sun-kissed vocal melodies lifted straight out of the Beach Boys songbook with an earnest futurist pursuit of unprecedented forms of musical expression, Animal Collective’s music has, for a long time, pointed towards an escape route from the all-pervasive stranglehold of retromania. Yet Centipede Hz, the group’s first full length release since the shimmering Merriweather Post Pavilion, finds the band faltering somewhat in its continuing progression.

Ever since the glorious (and still arguably definitive) 2005 album Feels, there has been a conspicuous change occurring in Animal Collective’s music, perhaps expedited by the various forays into solo recording made by principal songwriters Noah Lennox (aka Panda Bear) and Dave Portner (aka Avey Tare). What was once a cohesive unit has gradually fragmented into an awkward grouping of two distinct, and often overbearing, personalities. Gone is the true collaborative spirit of Feels which drew together the band’s constituent musical voices, assimilating them into an organic, multi-faceted whole. On Centipede Hz the band appears as a collective in name only, the divergent songwriting styles of Portner and Lennox presented in strict binary. The lack of dialogue between the two voices lends the album a frustratingly disjointed feel despite its uniformity in sound and the prominent use of ambient segues between tracks.

Yet the major sticking point with Centipede Hz is its obnoxious production. Oversaturated with obtrusive vocal effects and muddy synth textures, these songs are forcefully suffocated by untamed jumbles of sonic detritus. Centipede Hz is so fervently busy that its overall impression is that of blank, anonymous homogeneity: with so much mutually contradictory activity, any notion of contrast in the music is completely negated, resulting in an exhausting, and ultimately bland, rush of monochromatic sound. Like a group of excited children mixing together all of their paint in the hope of creating the most vibrant colour imaginable, Animal Collective have ended up with a dull, sludgy brown.

Occasionally a fragment of music – a striking timbre, a moment of vocal interplay – will differentiate itself from the prevailing sonic battery to offer a glimpse at the obscured communicative potential of these songs. Yet these moments are fleeting at best, tantalising and ephemeral, only serving to highlight the lack of subtlety in Centipede Hz’s soundscape: the beautifully sonorous synth glissandos punctuating Lennox’s gracefully tumbling vocals on New Town Burnout are constantly pitted against a thin peripheral electronic buzz and Rosie Oh’s off-kilter guitar samples are all but subsumed into the seething mass of noise.

Although 2009’s Merriweather Post Pavilion presented similar obstacles in its often grating production, that album was largely rescued by the remarkable quality of its songwriting: when faced with melodies as gorgeously soaring as on My Girls, or choruses as infectious as that of Summertime Clothes, the aesthetics of their musical framing becomes something of a fringe concern. To some extent, the same is true of Centipede Hz. The finest songs of this record are laden with the sort of melodies that most pop songwriters can only dream of composing: joyous and instantly memorable yet simultaneously ambiguous, slowly revealing themselves over repeated listens. The problem is that these inspirational moments have become the exception as opposed to the rule; for large parts of this record, perhaps for the first time since the group’s inception, Animal Collective sounds like a band doing little more than going through the motions.