Anna B Savage – A Common Turn 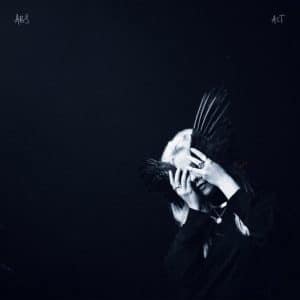 For some artists, success can be a siren in a sea of rocks, or a lighthouse where the fuses have blown and the keeper’s passed out drunk under a table. The calling and the undoing are the same; sometimes what we want is simply too much. For Anna B Savage, the attention she received in the immediate aftermath of releasing her DM Stith-produced EP caught her utterly off guard, like a hawk swooping in on a fledgling on its first flight from the nest. In the grip of self-doubt the talons of anxiety are sharp, and so she retreated, disappearing for a full four years.

Savage describes that tipping point as a time of deep discomfort, of feeling incredibly small in her own skin. Quitting a horrible relationship and moving back to London was a start, but after years of bouncing between jobs and despairing over songs that just refused to coalesce, she came close to giving up on music altogether. That would have been a terrible loss, because A Common Turn is a questing and provocative record that’s both remarkably dynamic and audaciously exposing.

The music is hard to classify – complex yet spare, all tension and release, with a metallic shading that gives it extra bite – but the main instrument and star is Savage’s own voice. Falling somewhere on a spectrum between My Brightest Diamond’s Shara Nova at her most dusky and ANOHNI’s piercing vibrato, Savage’s best asset is partly genetic (her parents are both professional singers in the classical world) and wholly engrossing. By turns it stalks, curls, spirals, crawls and soars around her words, sometimes pained, sometimes playful, and rarely in a hurry.

Working with producer William Doyle (the artist formerly known as East India Youth), Savage has strengthened her already extraordinary command of phrasing and tone to fully inhabit her songs as a storyteller. For all the treacly grandeur of her voice, she has a tendency towards minimalism in her writing in a way that recalls the short stories of Lydia Davis, in that her songs are often rooted in small but pivotal moments and not a word is wasted.

In comeback single Chelsea Hotel #3, awkward oral sex leads to a late discovery; in A Common Tern, a house of cards is levelled at the sighting of a bird; and, in Corncrakes (another bird shoutout), could-be lovers’ legs touch accidentally, suggestively – or do they? Uncertainty looms large in many of these songs as Savage blurs the line between cognition and invention. “I don’t know if this is even real,” she repeats as Corncrakes gathers pace, “I don’t feel things as keenly as I used to.”

And yet, A Common Turn is very much a record about feeling things: feeling insecure, feeling like a failure, feeling one’s self – yes, in the way you are thinking – to list just a few. It’s also, in part, a record about writing a record, indirectly in Baby Grand and much more directly in the standout Dead Pursuits, a song Savage penned at perhaps her lowest point. “Three years and still worried it’s a mediocre album,” she sings, crying “Will I ever record this? Is anyone listening?”

Reader, she did, and they certainly should be. A Common Turn comes nowhere even close to second-rate. It’s a document of hard-won, purposeful growth, of striving to stay airborne when illusions are demolished and we’re not owed all the answers. No pursuit is ever really dead, it turns out, and fake it ‘til you make it is terrible advice.

Anna B Savage MP3s or CDs

Anna B Savage on Spotify