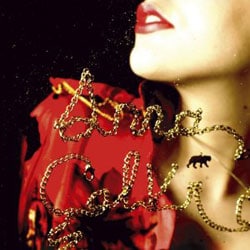 Anna Calvi has made the longlist of the BBC Sound Of 2011 poll, the latest opportunity for industry experts to reel off the names of those artists they deem ‘hotly tipped’. But don’t let that put you off. Look beyond this endorsement and it seems that Anna Calvi might be significantly more than a flash-in-a-pan with an industrious publicist. She’s earned credibility points through a recent support slots with Grinderman and Interpol, boasts an unlikely champion in the form of Brian Eno (who called Calvi “the biggest thing since Patti Smith“), and this, her debut album, is produced by long-standing PJ Harvey collaborator Rob Ellis.

It’s tempting to compare Calvi with Harvey – the album does at times recall the noir-ish, Gothic parts of To Bring You My Love – but Calvi is a much more accessible proposition than Ellis’s regular muse. Indeed, the tubthumping Desire and the swoonsome First We Kiss sound like they’d nestle comfortably alongside the likes of Florence And The Machine and Adele on the Radio 2 playlist.

That’s not to damn Anna Calvi with faint praise. This album isn’t a shameless attempt to shift units, but rather a collection of nine unnaturally strong songs (plus scene-setting instrumental opener Rider To The Sea) sung with passion, performed with grace and recorded quite beautifully. There are wheezing accordions, and twang-y guitars that conjure up images of red-lit David Lynch film locations. Much like a musical version of the character from the old Ready Brek adverts, every instrument seems to be emitting a warm, fuzzy glow.

Throughout the album, Calvi proves herself to be an expert in tension and release. She knows when to restrain herself: No More Words broods with the barely-concealed menace of a coiled rattlesnake. Until its explosive climax, The Devil possesses a hymnal quality, consisting of nothing more than Calvi’s voice and a lone guitar.

But Calvi fares just as well when she throws restraint out of the window and goes for the jugular. Blackout is the paciest thing here, and perhaps the best: essentially a big pop song with a huge, swooping chorus, its delirious backing vocals pull the track deliciously to the left of centre. On the Bond theme manqu� Suzanne And I, Calvi’s delivery recalls both Alison Goldfrapp and Siouxsie Sioux.

Anna Calvi is on to a winner. This is an album with potentially massive appeal, likely to unite indie fans, lovers of pop and strokers of beards in admiration. It’s quite possible that, in Calvi’s case, the industry experts have got it right.