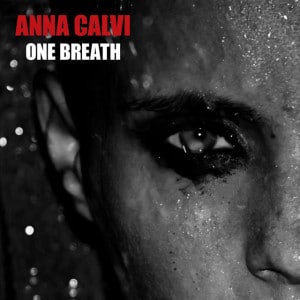 With her petite frame and striking, luminous beauty, on first glance Anna Calvi looks like she would be more at home on the front cover of a fashion magazine than wielding a guitar on stage. Yet her eponymous debut album – one of 2011’s finest – introduced a significant new presence on to the British independent scene. Like Patti Smith and PJ Harvey, to whom she has understandably often been compared, Calvi combines dense, atmospheric musical textures with passionate vocals and lyrics that are often confrontational and raw.

But rather than being in thrall to her influences, the debut album always sounded very much like its creator’s own work, something uniquely strange and captivating. The Mercury Music Prize and BRIT Award judges that year clearly agreed, giving the record richly deserved nominations.

Calvi has kept a relatively low profile since her critical breakthrough – continuing with her tried and tested approach of writing her songs painstakingly over many months before recording the finished material swiftly over just a few weeks. This time, she’s teamed up with John Congleton, a producer whose CV reads like a who’s who of modern American alternative music, to deliver a follow-up effort that sustains the strengths of the debut while at the same time refining Calvi’s style into something more varied, restrained and subtle.

The three opening tracks largely carry on where her debut left off, with the rollicking new single Eliza the pick with its thudding drums, rousing chorus and a guitar solo that would be the envy of many a veteran rock titan. But it’s not until fourth track Cry that Calvi really hits her straps. Backed by ghostly vocal sighs, church organ and a menacing rhythm, she croons elegantly before suddenly being consumed by swathes of distortion and feedback, which then subside as quickly as they emerged.

These unexpected swells of elemental noise have always been one of the most distinctive elements of Calvi’s music, yet hot on the heels of Cry comes the equally impressive Sing To Me, on which she proves she can now do epic, haunting ballads too, with soaring strings rather than searing guitars taking centre stage as the song reaches its climax. It’s a definite step forward in Calvi’s diversity as a writer and signals a more multi-dimensional approach that’s maintained for much of the second half of One Breath.

The ambient title track initially recalls the later work of Kate Bush with its stately pace and off kilter melody, before a bizarre but beautiful orchestral passage, not dissimilar to Samuel Barber’s Adagio For Strings, turns the song completely on its head. She repeats the trick again with Love Of My Life, which starts off as raucous garage punk, then effortlessly shifts gear into the softly lilting territory of Wild Beasts’ last record. One Breath closes with the sublime Bleed Into Me and The Bridge; Calvi at her most relaxed and contemplative yet, with the pyrotechnics that made her name giving way to something that is hushed; almost hymnal.

There are arguably no songs on One Breath that boast quite the same drama and gut wrenching power as the stand out moments from Calvi’s first album, like The Devil or Blackout for example. Yet Calvi is none the worse for this change of mood, and while the dynamics may be a little different, her wonderfully expressive, kaleidoscopic guitar playing and that voice, capable of alternating within the space of a few notes from a barely audible whisper to a wailing banshee, both remain as compelling as ever.