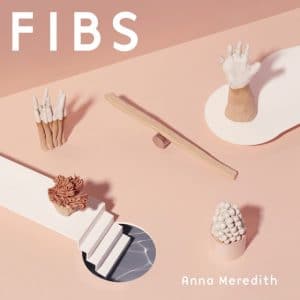 Anna Meredith’s 2016 debut album Varmints may have been the entry point for many into her world of colourful, striking music but her backstory runs deeper than that. She had a piece included in the Last Night of the Proms in back in 2008 and she’s maintained a connection to the festival over the ensuing years. The early years of her career saw her focus on classical music but electronic sounds were never too far away and before long they were being combined.

Soundtracking films and fashion shows followed and she’s now one of the most celebrated proponents of maximalist, genre-crossing music. In her world booming, primal techno rubs shoulders with electronic-infused contemporary classical and fanciful synth escapades nestle alongside futuristic world music.

Second studio album FIBS is another purposefully varied yet singular electronic opus and sees her further push boundaries. Sawbones opens the album and sounds like being at a rave in a neon-lit fairground while Inhale Exhale is a synthetic, bouncy rubber ball of a track with added vocal melody.

There’s an overriding sense of ignition and aeronautical take off to much of her music and Calion is a good example. It begins by sounding like a wobbling tower before being transformed into something of a space-bound rocket and shows how much she can cram into five minutes. Bump sets tubas against motorised electronics and irregular percussion to striking effect while Killjoy has an irreverent, off-centre liveliness.

Moonmoons and Divining show she can also do discretion, both showing a fragility and beauty within all the robustness and confrontation. Limpet is the only real misstep, with the electric guitars sounding less appealing, but it is very much the exception. FIBS is an album that shows Anna Meredith is excelling at what she does best – creating forward-thinking, engaging music that isn’t replicated elsewhere.