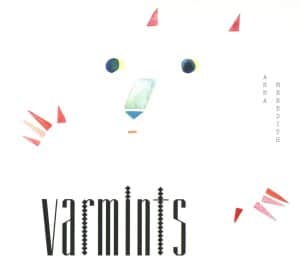 So, we’ve all been waiting for an experimental yet accessible album of electronic, big band hair metal which at once evokes ’80s computer game sound-effects and the future – right? Right. Even if we didn’t know it. Thankfully, Anna Meredith is on hand to enlighten us with a gallivanting record of those extreme proportions and more.

During her career as a contemporary classical composer, thus far she has restlessly worked to broaden horizons and challenge any of the genre’s perceived dourness. Take the concerto she composed for beatboxers Handsfree; here is a body percussion piece performed by the National Youth Orchestra. You can but marvel at the audacity of getting a group of young musicians to perform a piece at the BBC Proms entirely without instruments. It’s a handicapping, thigh slapping, chest beating composition with a smattering of the odd abstract vocal, whose collective outcome is visually and musically arresting. Hearing what she can create with a few pairs of youthful hands, it’s no wonder that Varmints’ wider palette offers a cacophony of riches.

Her approach to music is leavened with a sense of fun and adventure, as evidenced in the aforementioned compositions, and her first foray into ‘pop’ is no exception. Varmints opens with the big, brassy fanfare of Nautilus. It’s a Wagnerian foghorn of an introduction, announcing the arrival of a very special record with a culmination of horns, unsettling synths and sparsely insistent percussion. Being an album that consistently keeps you on your toes, the following track, Taken, couldn’t be less like the first. It’s an out-and-out blast of pop assisted not least by the first helping of Meredith’s honeyed vocals.

The rolling restless direction the record takes compels the listener forward through expertly arranged track-listing. Dowager is administered as a soothing balm after the brutalist hammer drill electronica of the excellent R Type: Shill’s valiantly synthesised hair metal prefaces Blackfriar’s metronomic tick and exquisitely yearning strings. Meredith manages genre hopping and variations in pace masterfully. It’s telling that she claims to rarely listen to, nor get her inspiration from other music – afraid of merely aping other artists and essentially creating a ‘shit version’ of it. This approach is fresh and vibrant, and unlike anything produced by other classical crossover artists.

Possibly something she owes to her classical background is her ability to execute ‘the build’ as expertly as she does repeatedly on Varmints. Scrimshaw is a fine example: it builds and builds until it breaks at the peak of a musical wave and splurges out the most satisfying of payoffs. The Vapours is an equal delight – growing and repeating a guitar riff and all manner of electronics, only to unleash the brass and flip it into the most magnificent of show tunes. It’s a deliciously bonkers piece that’ll have you highly confused, exhausted and grinning from ear to ear all at once.

Yes it’s an electronic album, but it’s so much more than that. Meredith’s unfettered creative reach grants the album freedom from categorisation, trends or fashion. The limitless possibility she has afforded herself is grasped and explored with effervescent courage. This is a record expansive enough to hold the experimental rise and fall of Honeyed Words alongside Something’s roving bass that frames the sweetest vocal to create a disco ball of a tune.

Varmints is never haughtily exclusive or frustratingly obtuse: this is an album to be widely relished. Anna Meredith’s self-described ‘collection of musical pests’ should welcomely plague many a listener for a long time to come. It’s a marvellously un-sobering boisterous beast of a record, and a sparkling début.