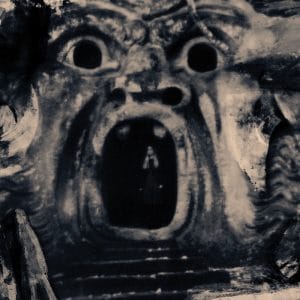 The latest offering from Anna von Hausswolff is one of 2020’s boldest and unusual albums. Over the last decade its creator has established herself as a formidable songwriter, vocalist and performer. 2018’s Dead Magic made a considerable impact, and her avant garde gothic pop began to really make waves. That album featured songs that utilised a pipe organ alongside guitars, drums and von Hausswolff’s stunning vocals.

Clearly something struck a chord with her because All Thoughts Fly is an instrumental album played entirely on pipe organ, an instrument she has form with, playing it on nine of the 13 tracks which make up her 2013 album Ceremony. Yet following Dead Magic, this dedication to a single instrument feels like a missed opportunity: to have that incredible voice and not utilise it at all seems a shame. But that absence is perhaps central to the whole album. It certainly ensures that all focus is on the sounds that von Hausswolff pulls – or should that be pumps – from the organ.

The concept for All Thoughts Fly came from a garden in Italy, Sarco Bosco, created by patron of the arts, mercenary captain and duke Pier Francesco Orsini as a way to grieve for his wife. The result is a park whose purpose is to stun and surprise. Packed with art and sculpture, it is also known as the Park Of The Monsters, and has inspired artists (Dali), authors, poets and film makers over the years. Von Hausswolff’s imagination was sparked too. The result is this peculiar and impassioned work.

The starting point is the composition Sarco Bosco, which is perhaps the best encapsulation of what All Thoughts Fly has to offer. It begins with a pulsing sound, a relentless beat created by the thrum of the pipe organ. From here it becomes clear that von Hausswolff’s presence will be dwarfed by the sheer strangeness of her instrumentation. Not only does it have a grandeur and cultural weight, it feels like a living, breathing entity. Nowhere is this clearer than on Sarco Bosco, with von Hausswolff guiding it like a modern day Dr Frankenstein, though towards some kind of glorious epiphany rather than a murderous nadir.

On paper it might seem as if an entire album of pipe organ compositions might prove tedious, but the reality is that von Hausswolff’s use of the instrument is spellbinding. At times it’s easy to forget that there’s just a single instrument at work on the album as she finds a dizzying array of sounds within those pipes. As the album unfurls, it feels as if you’ve been treated to an almost complete orchestra with drums, brass, woodwind and strings all featuring, yet there’s just the pipe organ creating all these intriguing soundscapes.

The album constantly engages in tonal shifts. At times it’s a slumbering somnambulant beast, a droning colossus; at others, a beautiful and emotional song to the gods. The title track is a perfect example of von Hausswolff’s ability to create truly affective and multifaceted compositions. It needs to be experienced to fully appreciate. Starting as a pulsing, shimmering thing of beauty, over the course of 12 minutes it slowly morphs into an engulfing, undulating sea of sound that some will adore. Others might find somewhat traumatic, for it’s capable of eliciting an intense physical response which, considering the physicality of the instrument itself, is apposite. All Thoughts Fly is undoubtedly a peculiar album, but absolutely one well worth investigation.