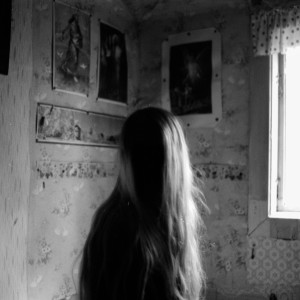 It’s been a year of exceptional albums released by female artists. Joanna Newsom satisfied every expectation by serving up her first album in five years to a rapturous response; Björk returned with one of her most personal offerings to date; Julia Holter released her most accessible album without sacrificing an inch of quality; Courtney Barnett issued a debut of brilliantly wry commentary and Torres upped the ante as a possible successor to PJ Harvey. The Miraculous puts Anna von Hausswolff is firmly in the ranks of such admirable company.

A word of warning: von Hausswolff is not in the business of instantly accessible pop music. Even by some of the aforementioned artists’ standards, The Miraculous a leftfield recording. But those willing to invest in the singular talent of the Swedish singer and multi-instrumentalist’s third full length offering will reap many a reward.

The majority of female artists who might be deemed in any way alternative are too often compared to Kate Bush. It rarely does either the recipient or Bush any favours. It’s a comparison that has befallen von Hausswolff a number of times, and while it’s possible to hear a tenuous link in the breathy majesty of tracks like Pomperipossa, it barely scratches the surface of what von Hausswolff has to offer. (It’s an equally reductive view Bush’s extraordinary career.)

This brooding record is sounded in by the foreboding organ of Discovery’s opening bars, setting the tone for what’s to come. It’s an instrument von Hausswolff is accomplished in, and she uses it on the album to huge atmospheric gain: whether as a sorrowful rolling loop on The Hope Only Of Empty Men or as an intimidating wall of sound on Evocation. Its character is everpresent, but without overwhelming proceedings.

Although there are consistent threads in this work, it always avoids predictability. Come Wander With Me/Deliverance even flirts with heavy metal by employing a huge crunching riff. It’s a ginormous number both in its length and in the breadth of its musicality. Von Hausswolff’s ethereal vocals ground and humanise the twists and turns it takes over some 10 minutes. Despite the length there’s a grit, persistence and playfulness in it that’s difficult to resist.

This is a highly textured record that never relies on an idea or a particular sound for too long, just as von Hausswolff doesn’t rely on vocals to carry a tune. E Ensam Vandrare is a quietly affecting instrumental and one of the album’s many moments of tenderness, as is title track The Miraculous, which echoes Vangelis’ Tears In Rain. Tracks like these cement the album’s emotional core and save it from being an exercise in obtuse experimentation. This is demonstrably a record by an artist displaying infinite bravery. Rather than play it safe she always eschews obvious melodies and hooks for less comfortable but more exciting avenues – folk metal anyone? Equally she is unafraid to delve deep into a track, creating protracted numbers that are given space to breathe.

There’s no denying this is a heavy record, not at all easy going mood music you’d lightly slap on whilst performing menial tasks. But the mix of gentle moments of reflection amongst muscular foreboding sounds save it from being overly doom-laden. And the fact remains, it is a genuinely exciting listen. If you’re looking for effortless instant gratification you’d best look elsewhere; but if you’re looking for adventure, dig in. Sometimes you think you’ve heard it all, but von Hausswolff proves there is still unchartered territory to be explored.