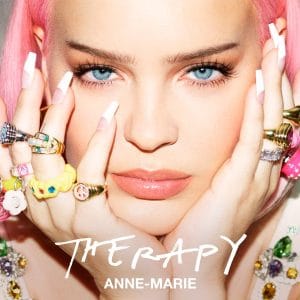 One of the jewels in Britain’s modern-day pop crown, Anne-Marie has been keeping busy since 2018’s Speak Your Mind by collaborating with artists like Lauv and Rudimental. Her newest record is packed to the brim with famous faces on vocals, songwriting and production, but her relatable, unpretentious, sometimes playful delivery holds disparate sounds and moods together with ease.

Kiss My (Uh Oh) with Little Mix is currently racking up spins on BBC Radio 1, a summery Lumidee-referencing number that delivers attitude in spades (“the only time I’m in your head / is when you’re alone up in your bed”), and the UK garage homage of Don’t Play was already a big hit earlier in the year, a duet with KSI which matches and surpasses AJ Tracey and Mabel’s similar linkup West Ten.

The album’s loosely-defined ‘concept’, that of cathartically working through emotional issues, comes into its own on a tune like Unlovable: a moody house groove setting the scene for passionate vocals about the struggle to make a real connection (one of a few songs to feature MNEK on co-writing duties). The title track is more of a mixed bag, though it benefits from a less literal interpretation – maybe therapy can just be anything that helps, like seeing friends, trying something new, treating yourself in some way?

Opening track x2 and Tell Your Girlfriend have a very enjoyable goofiness to them, particularly the latter with its titular line delivered like a playground taunt. Meanwhile on Way Too Long MoStack also brings the chuckles, pointing out an unintentional innuendo in the song title and making a pass at Jade from Little Mix with schoolboy enthusiasm. In short, Therapy is a well-balanced record that plays to Anne-Marie’s strengths, complete with glossy production and hooks to keep the avid pop fan humming.