Antony And The Johnsons – Cut The World 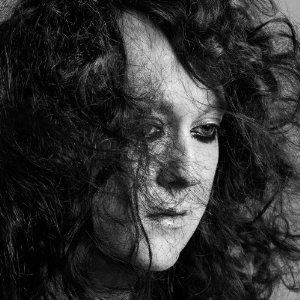 Antony Hegarty’s march to ubiquity has perhaps led to an unfair sense of diminishing returns, his once striking vibrato now seen as something unchanging and familiar. Yet 2012 has brought some timely reminders of his idiosyncratic and substantial talent. As curator of London’s Meltdown arts festival, he joins a list of singular artist curators that includes exalted figures such as Scott Walker, Patti Smith, Richard Thompson and Nick Cave. To coincide with this comes the release of Cut The World, slightly pretentiously billed as a collection of ‘live symphonic recordings’ that provides his affecting torch ballads with a suitably dramatic setting courtesy of a collaboration with the Danish National Chamber Orchestra.

Although the set is (mostly) drawn from across Antony’s catalogue so far, it perhaps controversially ignores some of his most loved songs. There’s no Hope There’s Someone or For Today I Am A Boy. In fact, You Are My Sister is the sole selection drawn from I Am A Bird Now, the breakthrough, Mercury-winning album that introduced Antony to a wider audience. Instead, this set reasserts the value and importance of Antony’s other work. It may even encourage some justified reappraisals, particularly of his debut and of The Crying Light.

From the debut, Cripple And The Starfish is made considerably more expressive and dramatic, becoming something of an expansive, compelling melodrama. It’s an uncomfortable hymn to resilience and defiance. The Rapture is a delicate delight, with some subtle playfulness within the orchestration. Lesser appreciated songs such as Kiss My Name (from The Crying Light) assume a new life here, rolling along on a wave of orchestral percussion and brass. This rhythmic, dancing quality set this aside from Antony’s more familiar torch song comfort zone and suggests it is still an area Antony could explore further in the future.

The moment that perhaps best encapsulates the success of this collaborative performance comes with I Fell In Love With A Dead Boy, the now elusive early single that has long been a highlight of any Antony And The Johnsons show. Cast in this new light, it moves from an elaborate, theatrical introduction to a genuine and tender but deeply bizarre refrain, separated by more than 10 seconds of aching silence. It remains at once disconcerting and captivating.

Cut The World has a slightly strange approach to sequencing, beginning with the title track, a new song recorded in a studio, entirely apart from the concert performance that constitutes the rest of the disc. It effectively acts as something approaching an overture. It’s a typically powerful and haunting piece, showcasing Antony’s spellbinding vocal. It’s no great departure, but if the album is considered as a premature retrospective, it fits comfortably. It is followed by Future Feminism, a version of a speech that Hegarty has been delivering at concerts for some time now. He talks about his feelings on being transgender (“You’re automatically a witch, none of the partiarchal monotheisms will have you”) and how a stubborn and enduring patriarchy just might be responsible for many of the world’s most significant problems. It’s appealingly uncompromising and right on the border between lucidity and madness.