Antony And The Johnsons – The Crying Light 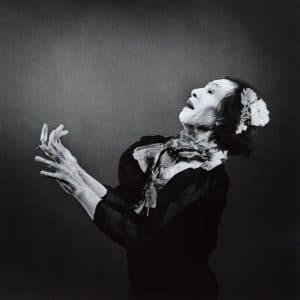 One of the more enduring images of 2005 was the sight of Antony Hegarty performing at the Mercury Prize ceremony. On an evening that saw performances from Kaiser Chiefs, Hard-Fi and KT Tunstall, the 6’4″, rather ungainly figure of Hegarty hammering at his piano and wailing Hope There’s Someone was as unusual as it was compelling.

Antony And The Johnsons went onto win the Mercury Prize, hoisting the New York-based artist to, if not household name status, a whole different level. It’s taken three years for the follow-up to I Am A Bird Now to arrive, but it says something for Hegarty’s new found commercial clout that The Crying Light is one of Rough Trade’s most anticipated releases of 2009.

The last time we heard from Antony was on several tracks by the Brooklyn disco outfit Hercules And Love Affair. Don’t be tempted to think that Antony has cast his troubles aside and headed for the dancefloor though: The Crying Light is as intense, serious and melancholic as his previous two albums.

On The Crying Light though, Antony’s worries are more global. Another World could be read as a suicide note, but is actually an elegy for a destroyed planet (“I’m gonna miss the snow, I’m gonna miss the bees”) while opening track Her Eyes Are Underneath The Ground casts Mother Earth as a recently departed love. The environmental tone can’t be ignored either on tracks such as Dust And Water and Daylight And The Sun.

It makes for an impossibly atmospheric listen. The sheer fragility of Her Eyes Are Underneath The Ground is breathtaking, while the mournful One Dove is just beautiful, subtly building up and up while Hegarty sounds ever more anguished with each verse. While the arrangements here are more muscular than ever – there’s even a guitar on the standout Aeon – nothing ever overshadows that remarkable voice.

Indeed, where you stand on Antony’s vocals will determine whether or not you’ll enjoy The Crying Light. For every person who finds his tremulous voice impossibly moving, there’s someone else who finds it irritating in the extreme. Even on the tracks with a more lighter touch, such as Epilepsy Is Dancing, Antony still sounds as if he’s on the verge of tears.

Yet it never becomes too much, mainly thanks to Nico Muhly‘s expert arrangements. Those string arrangements are best heard on the austere, hymn-like Dust And Water, the soulful Aeon or the extraordinary Daylight And The Sun, which brilliantly combines strings and piano, building up beautifully but never going over the top. Whether it be minimal as on Her Eyes Are Underneath The Ground or more fully formed, such as the excellent Kiss My Name, Hegarty and Muhly are a match made in heaven.

It may all sometimes threaten to become just a bit too pretentious at times (the cover features a photo of the Japanese dancer Kazuo Ohno, who is apparently Antony’s “art-parent”), and it sometimes meanders a bit too much, as on the title track. Also, the gloomy atmosphere of the whole album means that it’s not one for anyone who wants a bit of light escapism away from the recession and war-torn times.

Yet you don’t buy an Antony And The Johnsons for fluffy escapism. At times, you won’t hear a more beautiful album this year, and there are enough heart-stoppingly dramatic moments on here to more than justify all the excited pre-release anticipation.