Apparatjik – We Are Here 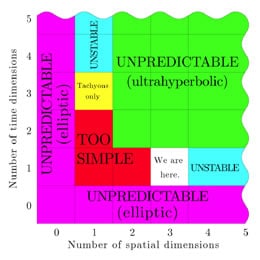 Thinking about the day jobs of Apparatjik’s component members initially makes one feel rather cautious about listening to them. Guy Berryman is the bassist of mega-platinum band Coldplay, a group that could quite happily soundtrack every romcom starring Hugh Grant that has ever existed. Jonas Bjerre is the frontman of complex rock outfit Mew, a group that make soaring yet intricate rock songs. Magne Furuholmen is the keyboard player from Nordic synth pop group A-Ha. They’re joined by producer Martin Terefe, fleshing out this supergroup to a four-piece.

So, what is Apparatjik? Is it something that resembles more of the human emotions that come through the songwriting of Coldplay and Mew or the dirty synths of A-Ha? On their debut album, We Are Here (which was already made available in February through the band’s website but is now getting a wider release), the fact that the word ‘humanoid’ comes up every now and then in the lyrics should provide enough of a hint. Machinery is the dominant sound here; an organic sounding record about love this ain’t. It also comes across more as a record made by people who played around with synths for a few weeks and, in the process, made a few songs out of it.

When the experimentation works, it delivers some surprisingly excellent results. Deadbeat is three minutes of drum pads and keyboards crashing into each other whilst Jonas’ vocals rise above the chaos that ensues. Snow Crystals is delightfully retro-sounding yet bouncy and fun, whilst Supersonic Sound matches the detached vocals of Magne and the slightly more emotional delivery of Jonas quite nicely. There’s certainly enough evidence to suggest that, when they’re just fooling around, good music can be made. Sadly, this consistency isn’t maintained throughout the 42 minute running time.

There’s also an air of frustration about We Are Here. There is a feeling that no matter how much it would be interesting for them to carry on it’s inevitable that their proper jobs will get in the way – albeit with the exception of Magne, now that A-Ha have split up. We Are Here might just end up being some sort of experiment that may never get the follow-up it deserves. There’s also the hope that if a second album was made the cover art would be heaps better than what adorns We Are Here, which happens to be a nerd’s paradise.

Fans of each respective band and perhaps even fans of early industrial music like Gary Numan‘s early work will be intrigued by Apparatjik. It’s inevitable for a debut ‘supergroup’ record that there will be flaws, but if the listener is prepared to stick with it then some delights and unexpected treats will be in store for them. Jonas, in particular, is on terrific vocal form and it showcases how vital he is to Mew as an asset. As a follow-up may never arrive, enjoy this and consider what could have been if they were a little more focused.