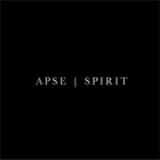 There aren’t many albums that on first listen invite comparison with Dark Side Of The Moon. Apse’s debut album Spirit does so, and although I’m not suggesting that it will achieve the iconic status of early Pink Floyd, there is a sense of breaking boundaries here, with some exceptional results.

This five-piece from Boston and New York is very definitely a band to watch, all the more so as it has completely avoided many of the cliches of indie rock, especially (and thankfully) the screeching hysteria.

There is melody, there is musicianship and there is a total fearlessness about this album that excites. Much of it might as well be instrumental – lyrics are there, but vocals are treated as another instrument to contribute to the overall sound. And what a glorious sound that is, veering between moody organ with whispered lyrics creating ghostly layers, guitar that Dave Gilmour wouldn’t be ashamed of and wild, anarchic percussion.

One of the longest tracks at almost nine minutes, Blackwood Gates demonstrates all of the above. It’s hypnotic stuff, brooding with a sense of otherworldliness, a sense of strange things walking the earth, and touch of eeriness worthy of Careful With That Axe, Eugene.

Of course the album is called Spirit, so it shouldn’t be surprising that the subject matter is, indeed, spiritual. Earth Covers Us makes it more explicit – “who am I kidding, thinking I’m on my own / there’s a god above and an evil below”. There’s a running theme of a sinister moor, too, and ancient things stirring: “we chased and evaded ancient traits / we longed for a saving grace.” So all rather on the dark side, but if you’re going to do gloom this is a magnificent way to do it.

What impresses most is the flowing musicality, the invention, the subtlety of many of the effects. The title track is an 11-minute atmospheric epic that opens with sombre bass ringing a toll, gradually adds delicate percussion and vocals. It’s allowed to build organically, taking the listener along for a mesmeric ride.

Opening track From The North is currently my favourite, and it’s no coincidence that it’s also the one that most reminds me of the sublime, quieter moments of Dark Side Of The Moon – steady subtle rhythm, breathy vocals and hypnotic key changes. I think that as I go on listening to this album – and I will – and get to know the others better, I will be appreciating Apse for their own merits, not just for an echo of a past love.