Arab Strap – As Days Get Dark 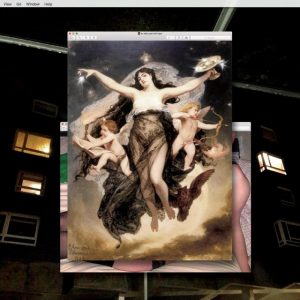 “I don’t give a fuck about the past, our glory days gone by,” Aidan Moffat pugnaciously declares on The Turning Of Our Bones, the opening track on Arab Strap’s comeback album As Days Get Dark. As an opening line it’s both impactful and swearily on-brand but also feels apt in the broader context of the new album which sees the reformed duo of Moffat and Malcolm Middleton looking forward and covering new ground, reunited on record for the first time in over 15 years.

The pair have remained active in the intervening years both individually and collaboratively (Moffat with Bill Wells and RM Hubbert and Middleton with David Shrigley) but to have them back together feels special, and possibly a little overdue following their brief live reunion in 2016. It also feels timely given the recent chart success and ensuing love-in experienced by fellow countrymen and longstanding musical allies Mogwai for their And The Love Continues album. As Days Get Dark might not get to number one but it too deserves to be the source of overflowing goodwill.

Moffat might have self-deprecatingly and pithily summarised their oeuvre as being about “death and shagging” and while both themes feature on the album (why of course, it’s Arab Strap after all) it’s not as narrow a lyrical path as implied and continues to showcase a broader love of language and stories. Having said that carnal pleasures are still well represented. Here Comes Comus! features the latest in a long list of disreputable characters to populate their songs and Another Clockwork Day offers a tale of illicit, late-night solitary male pleasure. The Turning Of Our Bones shows how Moffat is still adept at pushing different human emotions and life events up against each other like slightly awkward bedfellows, in this case human (un)faithfulness pitted against human aging. It’s also one of many tracks to impress musically, with Middleton’s murky, Cure-like guitars. It also occasionally unexpectedly recalls the work of fellow candid lyricist extraordinaire John Grant.

It’s the moments where Moffat strikes a more tender note where the album truly makes its mark however. The circular lyric of Bluebird poetically conveys the confused emotional swings of being in a relationship (“I don’t want your love, I need your love, give me your love, don’t love me”) and also is one of many songs to show that the older Moffat gets, the stronger his voice becomes.

Tears On Tour is even better, Moffat delivering a moving list of the times he’s found himself crying, presiding over a litany of sadness and grief but one also shot through with dark humour. He fully draws upon his bank of domestic experience, with the inclusion of his damp-eyed reactions to watching certain children’s films providing a particularly poignant moment.

The excellently named Kebabylon meanwhile sees him project his unique sense of gravitas and despondent weight, painting scenes of urban decay (“sifting through the streets of Kebabylon chasing down ghosts of indiscretion and lust”), sounding a note of disapproval but seemingly unable to completely shake off the personal emotional connection.

Fable Of The Urban Fox takes it a step further, substituting people for dogs and foxes to highlight the iniquities and moral shortcomings found in human behaviour (“the dog said fuck off back to foxland, these streets are fucking full”). It also contains a passing reference to a certain British barrister who found himself in the headlines last year for maltreating a fox in his back garden with an item of sporting equipment. The strings lend a cinematic feel to the song, moving it into musical territory they haven’t explored before.

Next, I Was Once A Weak Man recounts further nocturnal, insalubrious anecdotes, managing to memorably describe the main protagonist as a “tiptoeing Travolta, a minging Michael Jackson” as well as fitting in an amusing reference to Mick Jagger for good measure. Middleton’s guitar playing meanwhile stretches out gloriously into the distance. Later, Sleeper is a compelling exercise in dark, suspenseful narration that again shows how the lyrical remit has been widened from the all consuming misery and regret that used to define their previous work. Just Enough closes the album in more familiar style with nods to drink, drugs, sex and hurt all wrapped up in stoic, gritty lethargy.

There’s not really much to be gained by comparing it to their earlier albums given the decades that separate them and different worlds they were born into, but these songs have their own clear-sightedness, arguably feeling more rounded and successfully realised than many of theirs that appeared in the 2000s. In that sense As Days Get Dark is a remarkable return, a new Arab Strap that updates, deepens and re-energises their sound.

More on Arab Strap
Arab Strap – As Days Get Dark