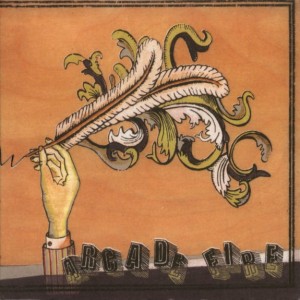 Music can entertain, but it can do so much more. It can act as catharsis. It can paint aural pictures of neighbourhoods hitherto unknown to the listener. It can express intense feeling. It can be an innovative art form. The Arcade Fire’s debut, Funeral, does it all.

Anchored around husband-and-wife team Win Butler and Regine Chassagne, who both sing, the band’s debut is an extraordinary and evocative expression of emotion in a place and of a time dominated by the deaths of elderly loved ones.

Both Butler and Chassagne had lost grandparents within months of each other, and band mate Richard Reed Parry’s aunt passed away shortly afterwards. “When family members kept dying (the band) realised that they should call their record Funeral,” explains the funeral service insert that passes for sleeve notes.

Pop music isn’t exactly littered with examples of successful albums about death and how those left behind feel about it – which is Funeral’s first triumph. With Butler’s astonishingly raw vocals and the band’s passionate arrangements, this is emo music that makes us in faraway lands sit up, notice and care about people we’d not known before. It reminds us to be human.

It’s not that The Arcade Fire whine for sympathy. Rather, Funeral stirs something deeply subliminal within, the universal knowledge that those ageing loved ones present around us will also die, very likely before we do, no matter how much we love them. But its optimistic conclusion is one of renewal and survival, of remembrance and regeneration.

Such a strident thematic backbone as this would break a band without musical depth or latent talent. But from opener Tunnels, one of four related pieces subtitled Neighborhood, Montreal’s The Arcade Fire reveal themselves as not only adept at translating their feelings, but also as superb musicians. A string section at the conclusion of Crown Of Love sends an otherwise soporific piece towards Philip Glass, but elsewhere their contribution is of a country and western ilk, rooting Funeral in the early pioneer years of North America’s history and tracing a direct line between the band’s cosmopolitan present and their antecedents.

But the music otherwise encompasses the euphoric, vocal harmony laden indie rock sound popularised by The Polyphonic Spree on Wake Up and the almost hysterical yowls, thumping beat and glocks of one of the album’s most stunning moments, Power Out. In common with the other Neighborhood tracks, its poignant lyrics describe a neighbourhood scene from a child’s point of view: “Ice has covered up my parents’ eyes / Don’t know how to see, don’t know how to cry.” They should listen to this record and let the floodgates be breached.

Butler’s tortured, edgy voice is perfect for emotional music like this, when the band fire up into frantic, relentless crescendos. Rebellion (Lies) is another showcase for him. He doesn’t so much sing as howl at times, but it seems entirely appropriate to do so.

In these songs, Chassagne takes a back seat, playing piano, synth, accordion, xylophone and whatever else she happens to find in front of her. But she gets her own lead vocals onto the atmospheric closer, the suitably titled In The Backseat. What starts as a simple, dreamy ode to the delights of having someone older in charge – “I like the peace in the backseat / I don’t have to drive, I don’t have to speak” – again fires up the band into the closest thing you’ll hear to a country and western opera commissioned by Radio 3. Her voice proves to be every bit as powerful as her husband’s as the strings console and caress her.

Elsewhere, Haiti is an ode to the country Regine’s family fled in the 1960s. It’s a quintessentially Quebecan piece of music, rhyming lines of English with French while singing about a tropical country far removed from the harsh Canadian winter. It’s a delight – even if the chorus reminds startlingly of one-hit wonder Baltimora‘s 1980s Euro hit Tarzan Boy.

A singular listen, Funeral is a positive, powerful and beautiful record of universally human themes told through individual experiences. Not to be missed.