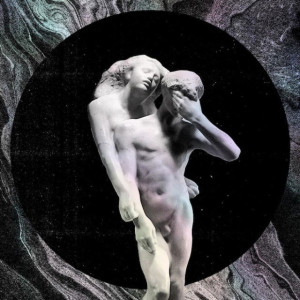 Back in the spring, when Get Lucky by Daft Punk was strutting its way onto every single radio station on the globe, the duo’s fans were prepping for themselves for what they thought was surely set to be a classic album. The presentiment was understandable, given the quality of the song. Yet when Random Access Memories came out, amid a whirlwind of hype and elaborate promotional campaigns, the ensuing disappointment was crushing. As enjoyable as it was, it was too long and too all over the place.

When it comes to Reflektor by Arcade Fire, the fourth album from Canada’s finest, it’s very much a case of lightning striking twice. The David Bowie-featuring title track, when it was unveiled in early September, was a breath of fresh air and it still is one of the most exciting pieces of music to be released this year. Then came the promotional campaign – obscure videos, a weird but entertaining TV special in the US, their re-branding as alter-ego The Reflektors, and all the rest – that set the album up to be nothing short of a masterpiece.

Despite all that, the end result is not something deserving of praise to match the hype. Reflektor is too long. Yet it’s also hard not to like the album as it is. Few ‘big league’ bands around are displaying this amount of ambition and willingness to experiment. Which of their stadium-level rivals (do bands rival one another?) would have hired – or been offered the estimable services of – James Murphy of LCD Soundsystem to produce the lion’s share of the LP? Which other of these globe-strutting colossi would attempt to cram in five or six lynchpin ideas into a single five-minute track, for instance? So far, so commendable.

Some aspects of Arcade Fire here remain unaltered, even if the aesthetic has dramatically changed; the wide-eyed exuberance and excitement that has figured throughout their career, for instance, is still readily to be found. The title track aside, Here Comes The Night Time and Afterlife stake claims to be the album’s two strongest songs. The former shifts from electric carnival atmosphere to a much slower, groovier tempo that makes you want to dance by the sea, whilst the latter is driving, a touch melancholic and massively euphoric. Even songs that don’t fit the dance vibe in the slightest, such as Normal Person – a straight up rock track – are incredibly potent; and in that way that Arcade Fire songs have been since they first appeared with the astonishing Funeral a decade ago.

Elsewhere, they mix the sublime with the expendable. It’s Never Over (Oh Orpheus) is a heavenly piece of synthpop. Joan Of Arc’s cheeky switch from punk to glam in the opening 30 seconds is expertly done. And the stunning Supersymmetry is a dreamy, near-perfect closer, even if a strong case could be made for removing its four minute outro entirely, as well as cutting the humdrum Here Come The Night Time II.

The trade-off for this eclecticism is a lack of focus on lyrics; of all their releases to date, this is by far and away the least satisfying in that area. And there’s a greater issue: double albums are arguably rather redundant in these days of instant downloads, even if – like vinyl – this state of affairs makes them something of a guilty pleasure. With a bit of editing, a more cohesive LP would have been found, certainly – yet it’s the extravagance, self-indulgence and eclecticism that sets up repeat listens. With that in mind, Reflektor is an artistic gamble from Arcade Fire; a bold statement from a band less intent on competing with their contemporaries and who, instead, focus on doing what they want to do, which this time round seems to be to dance. Reflektor is not the vintage record the hype would have us believe. But it will, if nothing else, get your feet moving.