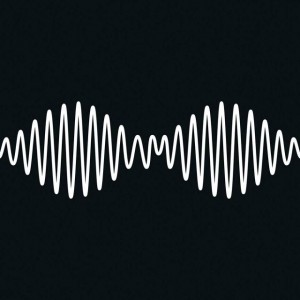 From awkward young upstarts to headlining the biggest festivals around the world. It’s almost hard to believe how far Arctic Monkeys have come since the release of their now seminal debut Whatever People Say I Am, That’s What I’m Not in 2006. The evolution of the UK’s favourite Sheffield foursome during that time was clear for all to see at Glastonbury in June, where their headline slot demonstrated what an incredibly varied back catalogue they now have to call on.

While Arctic Monkeys have never been a band to rest on their laurels, the most significant development in that evolution is unquestionably the release of Humbug in 2009. The band’s third album, which was part recorded with Queens Of The Stone Age frontman Josh Homme in the Mohave Desert, was bolder, heavier and more ambitious than they had ever been before. And it is even more integral when judging new album AM.

Recorded in Hollywood with long-time collaborator James Ford, album number five may have never existed had Alex Turner and co not hooked up with Homme. The band have tantalised and teased in the lead up to the release of AM, drip feeding singles since the appearance of the phenomenally good R U Mine? in 2012. The song became an almost instant favourite with fans and laid the groundwork for the rest of the record.

Kicking off with the seductive second single Do I Wanna Know?, which is arguably one of the best things the Arctic Monkeys have ever released, AM is an irresistible return from the band, one that gets better with every listen. “Are there some aces up your sleeve?” Turner asks, almost knowingly, over the ridiculously addictive hook of that opener, with the unbridled sexual tension of its filthy groove almost acting as a signpost for the ballsy record that lies ahead.

As with all Monkeys’ albums, AM feels heavily influenced by its surroundings, with the Los Angeles link once again playing the pivotal role that it did during the recording of Humbug. Arabella is a perfect example of this, with its classic, American-tinged, meaty guitar riff the closest they come to those comparisons with Black Sabbath, while the sultry, broken beats of Why’d You Only Call Me When You’re High? confirm the already lingering sense that AM is an album of the night.

Although Suck It And See was an excellent record, it did drift at times into the realms of an Alex Turner solo album – something that is most certainly not the case on AM. I Want It All features another chugging beat, with some fantastic ear-splitting riffs from Jamie Cook and the combined falsettos that are so prominent throughout, before the rumbling Fireside rolls in with all the swagger of Clint Eastwood in a western. The latter, in particular, could quite easily be forgotten among the extravagance elsewhere, but it’s an understated highlight.

There are, of course, other moments of quiet reflection, among the muscular riffs and lyrics of pent-up frustration. Those hoping No 1 Party Anthem would compete with Brainstorm as the band’s most danceable tune will be sadly disappointed, with the song capturing Turner at his swooning, thoughtful best. Then there’s the simple, swaying beauty of Mad Sounds, which deserves its place alongside the band’s previous slow-numbers such as Cornerstone and Piledriver Waltz.

Fittingly, the album closes with I Wanna Be Yours, a typically majestic ballad that lifts lyrics from a John Cooper Clarke poem of the same name – with Turner previously citing the poet as a major influence. It feels like a perfect summation of where the Arctic Monkeys are at in their career, with AM marking the natural progression from Humbug and Suck It And See. While the days of the indie dancefloor hits from their first two records may be long gone, the Arctic Monkeys we’re left with now are undoubtedly at the top of their game.