Ásgeir – In The Silence 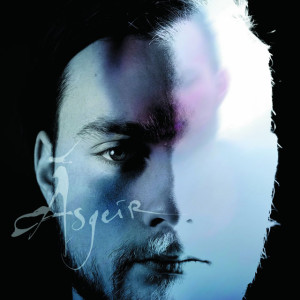 21-year-old Ásgeir Trausti’s first album became the biggest selling Icelandic debut of all time upon its release in 2011, outstripping usual suspects Björk and Sigur Rós, and meaning that one in 10 people in his native country now own a copy.

Such success obviously facilitated greater, global, ambitions for the album, but with a title such as Dýrð í dauðaþögn, it’s probably not surprising that an English language version was chosen as the way to go.

John Grant was recruited to help translate the lyrics, almost entirely drawn from poetry composed by Ásgeir’s father. Non-Icelandic speakers will clearly never know how literal the rendering is, but the themes – of homecoming, frozen nighttimes gently brightening into sparkling sun-washed mornings and the fledgling green of spring gently breaking through the ice of deep, northern winters – set the tone and flow so naturally that it never feels like a compromise.

Ásgeir’s vocals seem to work to reinforce the imagery: the pixie-like pronunciation of the English words, doing nothing to diminish the pretty cliché that all Icelanders are magical creatures; and luscious, layered harmonies that splinter into sheets of melody, high and clear, sparkling and crystalline as a waterfall freezing in mid-air. His control of his voice is total, each note and harmony planned and systematically executed, and yet still effortlessly emotive and expressive.

In The Silence kicks off with Higher, one sleepy drum beat and a woozy bass line stroked by “the warmth of the sun” as “the wind carries sounds to my ears of precious sounds of life”. A later song, called Summer Guest, addresses this seasonal visitor with “I thank you friend for this precious melody, sweet and pure tones” over a lilting, folky acoustic guitar refrain.

The title track begins as another pretty, acoustic folk song until the second verse when a caressing military drum beat starts up and before long is joined by a horn section. If there was a niche in the market for uplifting Christmas carols to play in the midnight sun of a Nordic summer, then this is the music to fill it. There are less sunny moments, such as on the first single, King And Cross, which builds into an unexpectedly cool house number with a nonchalant synthesiser line; and Going Home, a chilly electro track with bleeps and beeps and an occasional lonely trumpet. “I’m making my way home, my mind’s already there,” Ásgeir sings wistfully; “You’re with me in the dark” while “mountains loom above”.

But for all these reflective and introspective moments, the overall sense of the album is one of wide open spaces, fields and fjords, with sunlight flooding across scenes of endless natural splendour. Even a song entitled Hide Your Head In Snow, for all its glitchy percussion and speak of “far up in the north… the cold takes its toll”, feels more like lowering yourself into a warm bath as a fire crackles in the hearth, while the frozen precipitation builds up on the windowsill outside.

The natural images depicted throughout the vocals are also reflected more metaphorically in the music. Torrent begins with a plaintive piano line before finding itself smothered with driving guitar chords, building up, indeed, to a torrent of sound, while the delicate words whipped through its centre paint pictures of frozen rivers that suddenly break into life with the spring thaws.

With such beautiful poetry and visual imagery at the heart of the music, it seems just a tiny bit funny to see it flow out of the five beardy, beanie-hatted motionless young men who comprise the Ásgeir live set up. But with such impressive source material to play, they hardly need to embellish it.