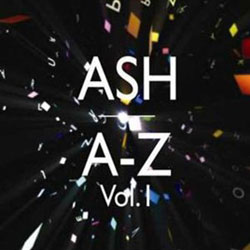 Ah, but it’s not an album, you cynical fool! Volume 1 is officially a “wrapping up” of the first half of the band’s bold and innovative A-Z Series, in which the lads are releasing 26 singles – just a fortnight between each – in response to a download culture that has, according to them, reverted emphasis to single tracks.

It’s hard to disagree with such a sentiment, especially from a band with as fervent a following as Ash’s, and while purist sticklers may snort derisively at an album from a no-more-albums outfit, A-Z Vol 1 can be just as easily viewed as Ash reaching out to fans less inclined to downloading or still clinging to the LP concept, keen to avoid excluding techno-greenhorns among their flock. They’re equal opportunity rockers.

But what of the material itself? The format promises much: freed from the constraints of adhering to an album-long narrative or theme, Ash have created the opportunity to craft tracks in and of themselves; an approach that clearly excited bassist Mark Hamilton, who believes a few of the songs “are barely recognisable as Ash.” Intrigued?

Opening track True Love 1980, as it turns out, is the collection in microcosm: the retro-sounding synth intro pricks the ears before more familiar Ash tenets – an irresistible progression into chorus, shrewdly penned lyrics, Wheeler’s inimitable pitch – raise their collective head. There’s an immediate impression that compared to, say, Meltdown, this is the sound of the band enjoying (and indulging) themselves.

Certain tracks – among the collection’s first half, especially – trade so closely on these vintage Ash elements that, on first inspection at least, one struggles to imagine them among the classic tracklistings of the band’s past. Repeat spins, however, blow away such dusty, rose-tinted sentiments with the increasingly apparent revelation that these tracks are among the most accomplished efforts bearing the Ash brand: see Joy Kicks Darkness (B), Arcadia (C) and The Dead Disciples (E), each yielding further virtues for the return visitor.

Amongst the more provocative numbers on show is Pripyat – named for an abandoned city near Chernobyl and originally written for Twilight Of The Innocents – which emerges from an innocuous bossanova beat into expansive, Starcross’d-style yearning, Wheeler’s lyrical credentials afforded the space to resonate: “I listen to the deafening silence / In the beautiful lost citadel.”

There’s also Ichiban. Originally entitled Survivor, this punkish jaunt was among the first recorded by the band upon their relocation to New York (and their very own studio), and the frustrated enthusiasm is entirely apparent. It’s followed up with the series second radio single, Space Shot; a rousing combination of vintage Ash ingredients with demented synth. It’s the volume’s tour de force, on a par with any track in their sprawling repertoire.

And there’s still time for the album’s non-album status to pay further dividends: freed from the responsibilities imposed by an LP-length narrative, there is no fatigue among the collection’s coda. Neon, indeed, captures the soaring, driving beauty that marked Free All Angels, Command channels Nu-Clear Sounds with greater dexterity than the original, and War With Me sees the trio wander into Fleetwood Mac territory with compelling results.