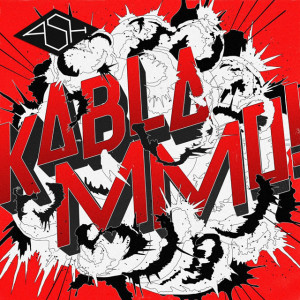 If we’re talking albums only, then it’s been a while since Ireland’s finest power-punk-pop trio Ash released anything – 2007’s Twilight Of The Innocents being the most recent. It marked a change of direction from more accustomed, dynamic bursts of short punk-inspired pop synonymous with earlier releases generally making way for more ‘mature’ sounding songs, the phenomenal title track quite possibly being the most epic and adventurous cut the band have ever produced.

But that wasn’t the last time the band surfaced: in an attempt to get ahead of the game and embrace the way the new digital age was taking music, they decided to take a new approach, one that saw them release 26 singles and embark on a tour from Aldershot to Zennor in 2009. Frontman Tim Wheeler has also more recently been seen releasing his debut solo album Lost Domain, a heartfelt collection shaped by the sad loss of his father from Alzheimer’s disease.

Logistically, the band don’t do themselves many favours with both Wheeler and bassist Mark Hamilton residing in New York whilst drummer Rick McMurray remains in Scotland. So off went McMurray to join his pals in NYC as they set about their new album – altogether unexpected after their announcement that Twilight Of The Innocents would be their last, simply because they felt that bands wouldn’t release music in that way for much longer. With developments not quite unfolding as the novice crystal ball readers predicted, they thankfully decided to give it another go, the aim being to produce something that could stand alongside the best collections in the band’s catalogue.

The album title – named after a drum sample sent to the band from a mate – is a perfect description of the comic-strip cartoon burst of adrenalin that opens proceedings. Lead single Cocoon is simply electric, pummelling drums heralding its blistering arrival before racing into a brilliant adrenalin rush. Let’s Ride is more power-pop that will please older fans, even boasting a Gene Simmons or Steve Vai like guitar riff you’re more likely to hear on a Bill And Ted movie soundtrack – bodacious, dude! Go! Fight! Win! benefits from more punk-power guitaring and rampant drumming, the uplifting fast tempo of Shutdown just begs to be blasted from an open car window at high speed, whilst the raucous short instrumental Evel Knievel is an exciting TV theme tune in waiting.

Bring Back The Summer on the other hand is much slower, a glitzy poppy gem easily imagined on an ’80s soundtrack, and there are some power ballad, strings-laden cigarette lighter moments in the shape of For Eternity and Moondust. Both are top notch attempts, if a little too close to those stereotypical Robbie Williams efforts that you really shouldn’t like but probably do – particularly the former – before Guy Chambers was branded too greedy, that is.

The best the album has to offer, though, sits somewhere between the two styles. Machinery bounces along to an infectious melody before a soaring chorus including declarations of “I want you, I want you” and then “I need you, I need you” takes hold. Hedonism then rightly takes its place amongst the best tracks the band has released, boasting another catchy chorus likely to stay with you for days and with its angular, scatty guitar work, things add up to a much needed injection of pre-summer optimism.

Kablammo! is a mixed bag, but this is no mixed bag quality wise. It’s a mixed bag of styles yes, a battle between the fast pop-punk that’s in their veins, and power ballads, with other occasional detours along the way. But this album provides ample proof that Ash’s embers still fizzle away and look likely so to do for some time yet.