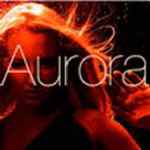 Remember the single Ordinary World? It went top 5 in the UK in the autumn of 2000 and was the second single by Aurora. Earlier that year, Aurora released Hear You Calling, which also went top 20. Then there was a deafening silence.

It seems the reason for the year’s break was the band trying to find a front person. Simon Greenaway, a classically trained pianist, and Sacha Collisson, a one-time Roxy Music extra, had enlisted the vocal talents of Naimee Coleman for the candle-burning Ordinary World. Positive reaction to the two singles led to the recording of an album of ten pop gems, all of which are to be found on this eponymously titled debut.

Marcella Detroit, sometime star of Shakespear’s Sister, was enlisted to co-write and sing on To Die For and to cover Gordon Lightfoot‘s If You Could Read My Mind and she is the unsung highlight of the album. Her famously sweet, note-perfect and acrobatic voice sounds perfectly at home on what is a very mainstream record. It is too long since we last heard her and a delight to have her back. To Die For is a particularly good track. Musically it uses big string arrangements (of the kind we used to associate with A-Ha) tinged with guitar to create a saccharine backdrop to Detroit’s heartbreaking voice which swoops and soars high above everything.

Rob Davis, one half of the writing duo who penned Kylie‘s Can’t Get You Out Of My Head and Spiller‘s Groovejet, is enlisted to co-write This Can’t Be Love – and there’s more than a hint of William Orbit about it.

But it is with the signing of Lizzy Patterson that Aurora now looks like a complete band. The 18-year-old English literature student was enlisted by Greenaway and Collisson when they heard her singing Marvin Gaye covers in a pub. From inauspicious starts do great things sometimes come.

Musically, the album veers between territory inhabited by Madonna circa ‘Ray of Light’ and Natalie Imbruglia – and it veers just a bit too much. While every one of the tracks on here could be edited for radio and released into the top 10, but they sit rather uneasily together on one record.

Lizzy’s voice reminds of Madge too, especially on This Can’t Be Love, and she’s uncannily like Imbruglia on current single Dreaming, over music that wouldn’t sound out of place on a Corrs album.

Positioning this release has clearly been difficult. The Day It Rained Forever would have been a better single choice than any of the three tracks released so far and is more obviously Positiva territory, but Ordinary World and Hushaby, for instance, are so laid back they almost fall asleep. But with a Europop sensibility all slickly executed and produced, Aurora do show much promise.