by Ben Hogwood
published: 4 May 2020 in Album Reviews
Tweet 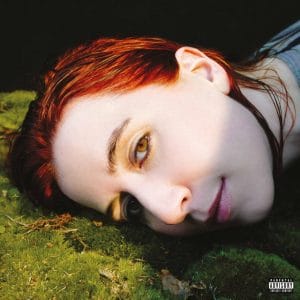 Four albums in, and Katie Austra Stelmanis is going it alone. Up until now Austra has been a band of three or more, impressing with its classy and occasionally mysterious take on electro pop, with a highly distinctive timbre from its lead vocalist. Now, though, that sound has been given renewed freedom.

Even before we consider the music, the title HiRUDiN should be noted. It is the peptide released by leeches when they suck your blood, described in the press release as “the most potent anticoagulant in the world”.  The small ‘i’s may be significant too – was Stelmanis feeling creatively squashed? Either way, the word speaks volumes about what she has described as the ending of “creative and romantic partnerships” prior to the writing of the album.

So what of the music resulting from this new-found independence? For HiRUDiN Austra has worked with a strong and varied supporting cast. The record has its roots in a session improvised with musicians in Toronto, the results spread across the record. Co-producers Rodiadh McDonald (who has previous with The xx, Sampha and Savages) and Joseph Shabason (The War On Drugs and Destroyer) give the voice plenty of room to fly. For Stelmanis nothing is off the musical table, with a girls’ school choir also included.

Yet none of this is contrived, and the album has an intoxicating freedom, its sense of musical and emotional release immediately apparent in Anywayz. Stelmanis’ ice cold vocal soars over a chord sequence that opens out in a stately but slightly restless progression, as though the release from her relationships has been so intoxicating she temporarily struggles to know which way to turn.

The following All I Wanted is much less vulnerable. Laced with anger and resentment, it may be sweetly sung but there is a considerable sting in the tale. Over an accompaniment of pizzicato strings she sings of how ‘you fucked it up, what you did to me, you fucked it up when you lied to me, and all I wanted was your love’.

The high backing serves as a reminder of how high this extraordinary voice can go, but nothing can prepare for the shock of Risk It, the album’s calling card. The helium vocal has cartoonish elements, but listen more carefully and you hear an artist right on the edge, vocally jumping into an ice-cold river as the beats busy themselves below. Stelmanis’ voice will continue to divide opinion because it is original, but this is a brave move indeed, reaching further than ever before.

The instrument carries pure power in its lower register, especially when twinned with the throbbing chords of Your Family. Meanwhile Mountain Baby employs a supporting cast, the children’s choir “climbing the mountain to get to the top”. The telling refrain “If I lose my way I don’t care” says much for our protagonist’s state of mind.

In general there is less percussion than previous Austra albums, which heighten the intimacy in songs like How Did You Know. The exception is the clattering set of drum fills towards the end of It’s Amazing, which disappears in a swirl of harp-like ripples.

Yet HiRURiN, as with previous Austra albums, is all about the voice. Fans of Florence And The Machine or Zola Jesus yet to investigate her yet should do, for Katie Stelmanis is one of the most distinctive voices in pop music today. Free of all musical constraints, it will be interesting to chart her next move.