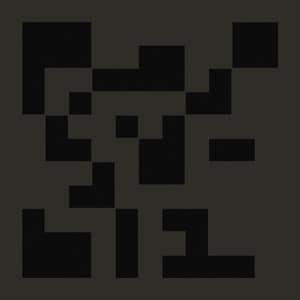 So far in 2013 excitement surrounding new album releases has centred mainly around those unexpected offerings from My Bloody Valentine and David Bowie (for very different reasons). In underground circles however news of the appearance of Exai, a new double album from venerated electronic duo Autechre, was greeted with similar levels of anticipation, if not quite as hysterically aired on social media.

In the increasingly crowded landscape of electronic music they remain hugely distinctive and if anything are uniquely placed to further their reputation even more, given the continued absence of the likes of labelmates (and similarly lauded) Boards Of Canada and Aphex Twin. Anyone in search of complex, ambitious, ultra-progressive electronic music is well advised to spend time with Exai.

It is their 11th album and comes almost three years exactly after its predecessor Oversteps which, for many, was seen as their career highpoint, in possession as it was of an unrivalled aesthetic and thematic consistency. The first observation on Exai invariably centres around the album’s length – at a mammoth 128 minutes long there’s a huge amount to digest.

In terms of sound or style there is nothing startlingly new on Exai. It draws upon, manipulates and expands ideas present on recent material. The true innovation lies with how the components are carefully placed together and developed in genuinely fresh and original ways. Each track has its own identity; its own purpose, almost.

In some ways the album is best consumed as two halves as opposed to one whole. It opens with FLeure, a frenetic morass of metallic glitches before moving on to the asymmetrical beat sequences of T ess xi. Their mastery of texture is demonstrated by vekoS, which sees ricocheting shards firing over deeply excavated electronics. Flep sees them head into even thornier territory as a fast-flowing series of guttural emissions assumes prominence. Following track tuinorizn continues in a similar vein, the sounds seeming to reflex and invert themselves.

There are moments of relief from the sheer density of sound however, most notably with jatevee C which recalls some of their more ambient moments on early albums like Amber. The closing track of the first half, bladelores, is comparatively sparse and straightforward by Autechre’s standards, pinned down by a series of sharp irregular beats that run centrally through the piece.

The opening pair of tracks on the second half (1 1 is and nodezsh) both display a jarring, structural complexity and there is a contorted, almost alien quality to much of the sequences and arrangements that follow on tracks like cloudline and YJY UX. There also seems to be a greater incorporation of distortion into the music, suggesting electronic beams that have been filtered through a series of trajectory-altering prisms.

Autechre have always been at the forefront of electronic music and Exai reinforces this, offering an invigorating, thrillingly cerebral ride in the process. Recent years have seen a renewed appreciation of the works of early electronic musicians like Raymond Scott, Daphne Oram and Bernard Parmegiani. It’s not hyperbolic to identify a line that runs from such pioneers to the recent work of Autechre. Exai shows they still occupy a special position in the current generation of forward-thinkers, producing music that couldn’t have been made at any other time other than now, unostentatiously trailblazing a path for others to follow in.