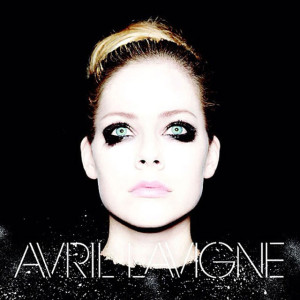 It’s been quite the while since Avril Lavigne felt like a proper force to be reckoned with in pop. Since 2007’s first-rate effort The Best Damn Thing and its deliriously bratty lead-single Girlfriend, Avril has released the stinker of an album that was 2011’s Goodbye Lullaby, got married to Nickelback frontman Chad Kroeger and been well and truly usurped by Taylor Swift when it comes to preppy oh-so-youthful teen anthems.

So it shouldn’t really be any surprise that Avril’s new, self-titled, album is supposed to act as a kind of re-invigoration of both her music and overall relevance as a popstar. Its opening numbers make for a pretty formidable opening salvo; both Rock N Roll and Here’s To Never Growing Up boasting massive, pumped-up choruses cherry picked to sound as gleefully awesome belted out across arenas as on battered old bedroom hi-fi’s. The latter’s Radiohead name-check might be cringeworthy in the extreme, but there’s a sort of feckless appeal to it all – the token f-bomb and messy chants revealing a star unwilling to hand over the baton just yet.

The choppy, Dr Luke-styled 17 is great too – really, really great. But as with the two singles up front, it’s impossible to shake off the spectre of Taylor Swift’s recent numbers lurking in the background. As the newer, younger model, Swift simply does it better, on a more clinical level – and whilst Avril’s derivative effort is one of the most joyous bits of uplifting radio pop you’ll hear all year, it comes afflicted with a crushing sense of poignancy that in another age, another time, this’d be a surefire Number 1; whereas now, it’d be lucky to scrape into the Top 20.

It’s over a decade since Avril practically invented this seamless strain of frat-school pop-rock brilliance with the likes of Complicated and Sk8er Boi. Since touched upon by everyone from Kelly Clarkson to One Direction, time and time again on this record Avril re-appropriates what was originally hers; and for the most part, the results are impressive. Original? No. But there’s a defiance to the record that continues to surprise from start to end. Yes, even on the much-maligned duet between Avril and new hubby Chad. Just come prepared for bucket-loads of piled-on sentimentality and you’ll do fine.

Give You What You Like sees Avril laying down a brooding ballad that recalls Paramore at their most weepy whilst Marilyn Manson-featuring Bad Girl is a riotous, pumping guitar work-out that sounds like the soundtrack to that bit in every corny teen movie where the good girl decides it’s time to ‘let loose’ and hit the town. Much the same could be said of trashy EDM moment Hello Kitty; laced with snatches of Japanese lingo, it feels like a weird misstep more suited to a Britney Spears album than the predominately rock-centric sounds present on the rest of the record.

Thankfully, the likes of You Ain’t Seen Nothing Yet and Bitchin’ Summer offer a far better set of choruses, all psyched up on cola and the promise of a few last months of freedom before the demands of real life beckon. The kind of records that could interchangeably fit onto any Demi Lovato or Selena Gomez album, essentially, and they’re all the better for it.

It’s entertaining to muse on what’s more surprising about Avril’s fifth studio LP – that Chad Kroeger actually managed to co-write half of it (and do a halfway decent job at that) or quite how Avril managed to stage the return to form the record evidentially is. Just as The Best Damn Thing came as a balm to wash away the emo-wracked songs of ‘difficult second album’ Under My Skin, as a collection of songs, this eponymous effort goes a long way to restore the singer to her rightful place as purveyor of some of the most carefree, feelgood pop around. Whether an audience of teens raised only on Avril’s successors will still be interested in what she has to say is another question entirely.