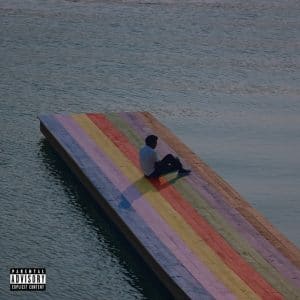 Rapper Baby Keem garnered international fame a month ago due to his performance on Kanye West’s Praise God. With impossibly high-pitched squeaks and contextless exclamations of “Tame Impala”, the verse established Keem as an engaging, funny character who isn’t afraid to play with delivery and flow. And so it proves that his debut album The Melodic Blue is a vocally experimental trip through the cutting edge of modern rap music.

Keem adopts a quiet, low-key register on durag activity, applies filters to create a duet effect on gorgeous, and gets his cousin Kendrick Lamar to join in on the delightfully silly range brothers outro – his idiosyncratic “top o’ the morning” refrain instantly gained viral status, such is the demand for new Kendrick material.

The production, mostly handled by Keem in conjunction with others, is stylish and impactful throughout, especially on the Don Toliver-featuring banger cocoa, although some of the beat-switches halfway through tracks feel like more pomp than substance.

The first attempt to steer the album in a more serious direction comes off rather pretentious on the beatless interlude scapegoats, but issues’ lyrics about humble beginnings and the alienation of fame play nicely over a gentle piano ostinato and syncopated bass thumps. Meanwhile first order of business utilises a bloopy chord sequence to express gratitude for Keem’s success (“First order of business: dog, I gotta thank my mama / second order of business: share the blessings, no more trauma”).

The big success of The Melodic Blue is in its versatility, proving that while Keem is most known for a somewhat goofy style, he can also emote authentically and cater to different moods. Perhaps an executive producer will streamline Keem’s creative approach and instil more discipline regarding structure on a second album that delivers on the promise of the first.