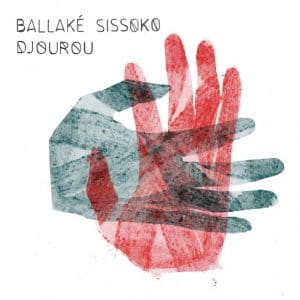 Collaboration has been a longstanding trait of the music of Malian kora player Ballaké Sissoko. Whether at the start of his career with Toumani Diabaté on New Ancient Strings, or in later years with cellist Vincent Segal on the acclaimed Chamber Music and Musique De Nuit, he’s always tried to place the sound of his kora in a subtly broader musical context while showcasing the humble joy of playing music with others.

Recent years have seen him link up with his percussionist cousin Baba Sissoko for the Sissoko & Sissoko album and reprise his role in the trio 3MA with Moroccan oud maestro Driss El Maloumi and Malagasy vahila player Rajery. There was even an appearance at the 2019 Proms that helped his music reach a wider audience. Latest album Djourou sees him continue this trend of musical mergings, although this time it is the inclusion of vocalists that provide the main points of difference.

Djourou is the Bambara word for ‘string’ and for all the guest appearances on the album it is the delicate, refined sound of the kora that still naturally dominates. Demba Kunda introduces its dexterous, cascading sound before the title track sees fellow kora player Sona Jobarteh join Sissoko to produce a musical equivalent of luxurious, golden embroidery. Later, Vincent Segal continues his association with Sissoko on the elegant Jeu Sur La Symphonie Fantastique.