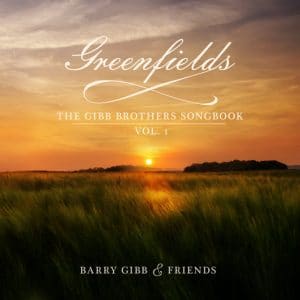 The Bee Gees seem to have undergone some sort of critical evaluation over the last few years. Once derided for excessively tight trousers and lashings of cheese, the world seems to have eventually woken up as to how many good songs the Mancunian siblings wrote. Barry Gibb‘s Glastonbury ‘Legends’ spot a few years ago started the turnaround, and at the end of 2020, a documentary called How Can You Mend A Broken Heart aired, celebrating the band.

Now, the one surviving Gibb Brother, Barry, has revisited that estimable back catalogue one more time. This is more than a greatest hits compilation though – instead, a selection of songs have been chosen to be re-recorded in a country style, with some of that genre’s biggest names on hand to help out with vocals.

There’s nothing radically different about any of these new arrangements though, which is undoubtedly a good thing. In fact, the sorrowful melancholia of much of the Gibbs’ material is given fresh perspective in a country setting – Words, here featured as a duet with Dolly Parton sounds sad and poignant, while How Can You Mend A Broken Heart adds the considerable power and warmth of Sheryl Crow‘s vocal to an already classic ballad.

The track selection is surprisingly varied. While pretty much everyone knows How Deep Is Your Love and Jive Talkin’, you’d have to be a proper Bee Gee obsessive to be familiar with the likes of Butterfly, or a B-side like Rest Your Love On Me. There’s even a previously unreleased demo in the form of Words Of A Fool – which all adds up to a track listing which would appeal to both hardcore fans and the more casual observer.

This canny song selection means that pretty much all the songs sound at home in their new country section, and the impressive guests provide decent support to Gibb (whose voice, perhaps understandably enough at 74 years old, isn’t quite as strong as it was in his heyday). Keith Urban gives some added power to I’ve Just Got To Get A Message To You, and Alison Krauss‘ contribution on Too Much Heaven is typically lovely, her voice harmonising perfectly with Gibb’s. Only really Jive Talking begins to grate, the original’s irresistible strut disappearing to be replaced by a rather pedestrian slog, despite the best efforts of Miranda Lambert and Jay Buchanan.

Most of Greenfields is a success though – it’s hard, after all, to mess up a song as gloriously soaring as To Love Someone or as downright iconic as How Deep Is Your Love, no matter which genre it’s been tailored for. The only criticism could be that it’s sometimes a bit too cosy, and maybe it could benefit from a bit of grit being added to the mix. However, we live in times that almost demand comfort and succour: Greenfields is a fine reminder of just how legendary a songwriter Gibb is, and while there’s no big surprises contained within, a Volume 2 would be a very welcome thing.