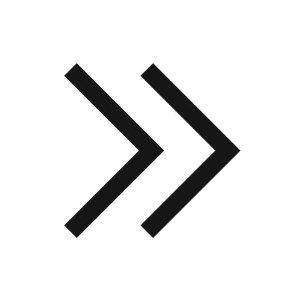 The notion of ‘authenticity’ is often thrown around rather casually in music. Accusations of pastiche abound whenever an artist dares betray too strong an influence on their work, a fate to which Portishead‘s Geoff Barrow has not been immune following the inception of BEAK> in 2009.

For Barrow, the musical era of choice is the early 70s and Krautrock, a sound that his outfit have reproduced with remarkable rigour both on their self-titled debut album and now on >>.

Admittedly, it is an approach that is easy to criticise – such a faithful recreation could smack of creative drought – but before any such assertions are uncritically accepted, perhaps it would be pertinent to ask why such a value is placed upon these assumptions concerning artistic integrity.

Is the concept of originality really more important to our experience of a record than the vibrations emanating from our speakers? Besides, who’s to say that the Krautrockers of the 70s explored the sound to its full potential?

Perhaps it would be apposite to draw comparison between Barrow’s project and that of DFA Records co-founder James Murphy. With LCD Soundsystem, Murphy spent his time sifting through his carefully cultivated record collection, meticulously selecting only the most hip of reference points to recombine and recontextualise in a facetious, po-mo collision of musical and cultural artefacts. In a similar way, although >> is founded on the sounds of Krautrock, all manner of influences are assembled and assimilated into the album as it progresses; on highlight Wulfstan II Barrow’s vocal intones like a particularly ominous Ian Curtis, inhabiting an echoing space beneath the deliciously growling bass riff, and the presence of English psychedelia pervades the murky Egg Dog.

In following the cues of James Murphy, Barrow and BEAK> enthusiastically embrace the Reynoldsian view of artist as curator as opposed to creator but rarely does >> approach the same levels of flair and wit with which Murphy processed his influences. With the absence of a strong unifying personality at the focal point of the record, >> occasionally slips into anonymity and raising questions over its raison d’être could easily be forgiven.

Yet, paradoxically, one of the most endearing qualities of >> is its complete disinterest in exhibitionism and irony. Recorded mostly live without overdubs, >> is the humble, unpretentious sound of an artist pursuing a very personal and refreshingly unspectacular vision. It feels almost as if Barrow has chosen Krautrock as a platform from which he can explore, and revel in, the minutiae of BEAK>’s sound.

Indeed, the record is laden with subtle nuance that points to an ‘authenticity’ that runs far beyond the more shallow concerns of style and aesthetics: the pitch-shifted synths of opener The Gaul and Ladies Mile achieve unexpected levels of queasy beauty and, throughout, the record is haunted by muffled and eerily yearning vocals.

>> is a record coloured in soft hues as opposed to bold technicolour. With the detailed analogue production bestowing a tangible sense of space between the instruments in the mix, you are occasionally reminded of the seductive textures of Sonic Youth‘s Sister but, in the end, the unavoidable reference points are those canonised Neu! and Can records of the early 70s.

In raising questions concerning the integrity of BEAK>, or indeed any similar project, there is an implication of an air of cynicism on the part of the artist. On listening to >>, however, the overriding impression is that of an artist who simply hopes to indulge his love of a trailblazing and exhilarating genre of music – a pleasure in which we’re welcome to share.