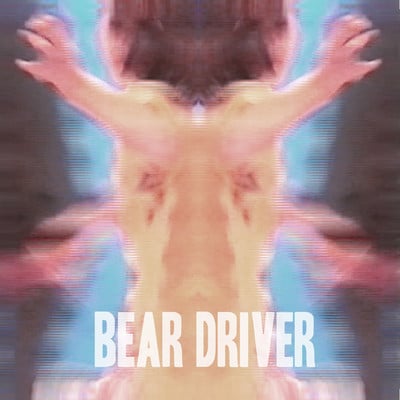 There’s something a bit Canadian about sextet Bear Driver. They’re not from Canada, though; they’re from Leeds, and they don’t fit the generic trend of music you’d expect from the area. Formed by Oli Deakin and Harry Dean and consisting also of Cassie, Joseph, Jon and Rich, the group don’t like to call themselves a band, but an outfit; a DIY outfit, no less. With six members who play, alongside standard band instruments, accordion (Harry) and melodica (Joseph), as well as incorporating other unique quirks into their music, they’ve certainly got that kind of vibe. They bring to mind – in sound, as well as ethos – Arcade Fire and Broken Social Scene, to name just two, and those aren’t comparisons to be taken lightly.

But Bear Driver have racked up some quirky indie credentials for this, their debut album, which may well prove they’re up to following in the footsteps of such experimental indie institutions. The self-titled album was recorded live in a disused swimming pool in Bermondsey; a product, supposedly, of a great deal of wine and a smattering of idolatry. Additional instruments used were an abandoned Farfisa organ and a Wurlitzer – supposedly dusty, which does rather set the scene of the uncovering of buried treasures. Both instruments were, rather serendipitously, found at the disused pool-cum-studio itself.

The sound achieved suitably slacker-esque, polished DIY that’s carelessly beautiful; the buzzing haze of woozy guitars, alternating between driven and wallowing, and the sweet, yearning vocals combine to make a delicately layered body of sound, easy to dip into and listen to on various levels. That it’s live certainly contributes to the vital nature of the album, which at times could veer towards the dreary and monotonous, but is saved from this by the raw quality of sound.

There’s also a hint of that muted echo of a swimming pool, hovering on the edges and tingeing the more nostalgic moments. This is most evident on slower tracks, such as Never Never and Cats, both of which have a far more lo-fi atmosphere. The latter, particularly, hints at their inspiration from Sparklehorse, with drawn out, scratchier vocals over drawling, picked out melodies and riffs.

Other muses include the production of John Parish and the classic albums of PJ Harvey; however, on the second track on the album, recently released single Enemy, it’s hard to ignore the influence of Arcade Fire, whether conscious or not. The smudged vocals of Cassie and Oli bear no small resemblance; they don’t have quite the authority or maturity, granted, but there’s definitely the potential there.

The album’s peaks are in songs like this; the punchier, gutsier-sounding tracks, which benefit from the contrast between sweet instrumental sound and grasping, gasping vocals and pace; or, conversely, the rasp of guitars in tandem with breathier, dreamier vocals. This is most evident in No Time To Speak and Let the Cold; but there are few moments on this album that don’t pack some kind of punch. There’s really no bad track on this album; throughout, there is simply beautiful, multi-tonal sound that’s fun and exciting no matter how many times you listen.